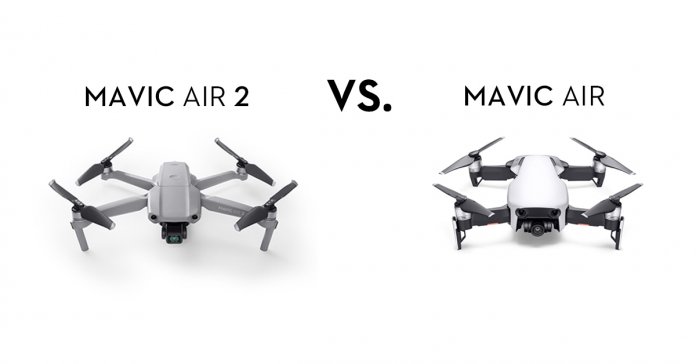 If you are looking for a new DJI drone, Mavic series drones offer an excellent combination of power and portability at a great price. Mavic Air 2 is the latest addition to the Mavic series lineup, which comes with improved performance compared to the original Mavic Air. In this Mavic Air 2 vs. Mavic Air comparison, we will take a look at video and camera performance, intelligent features, flight performance, and everything in between!

Let’s gets things started with one of the most significant differences between Mavic Air 2 and Mavic Air. Mavic Air 2 features a bigger and better 1-2 inch camera sensor compared to the 1-2.3 inch sensor on the original Mavic Air. The Mavic Air 2 camera is also supported by Quad Bayer technology, which provides stunning 48 MP photos as well as a 12MP output with pixel binning technology. This type of technology is similar to that used in modern-day smartphones, effectively converting four pixels into one. Mavic Air 2 offers more image details than Mavic Air, which are especially noticeable when you zoom into the image. 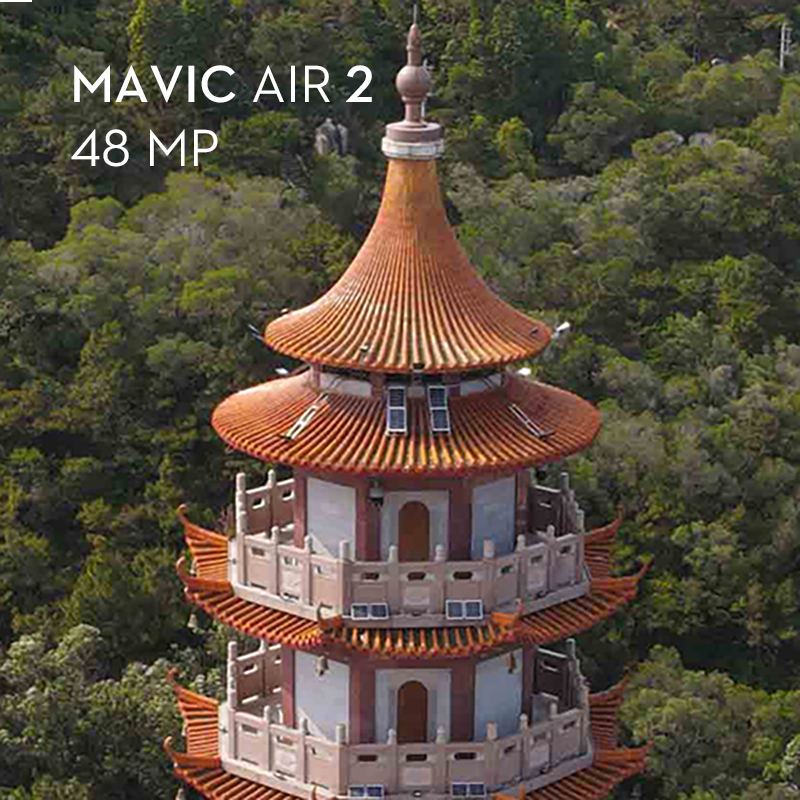 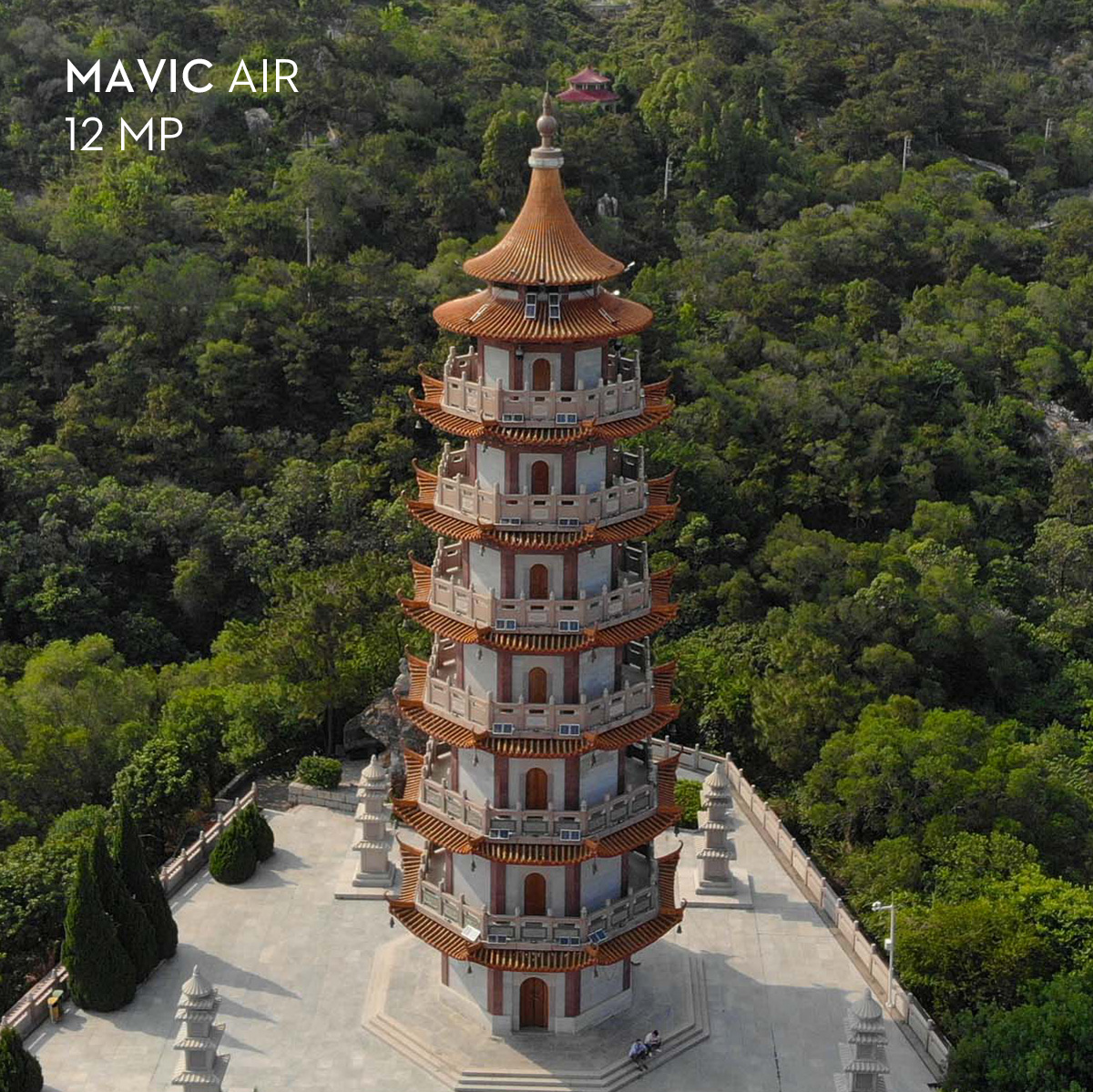 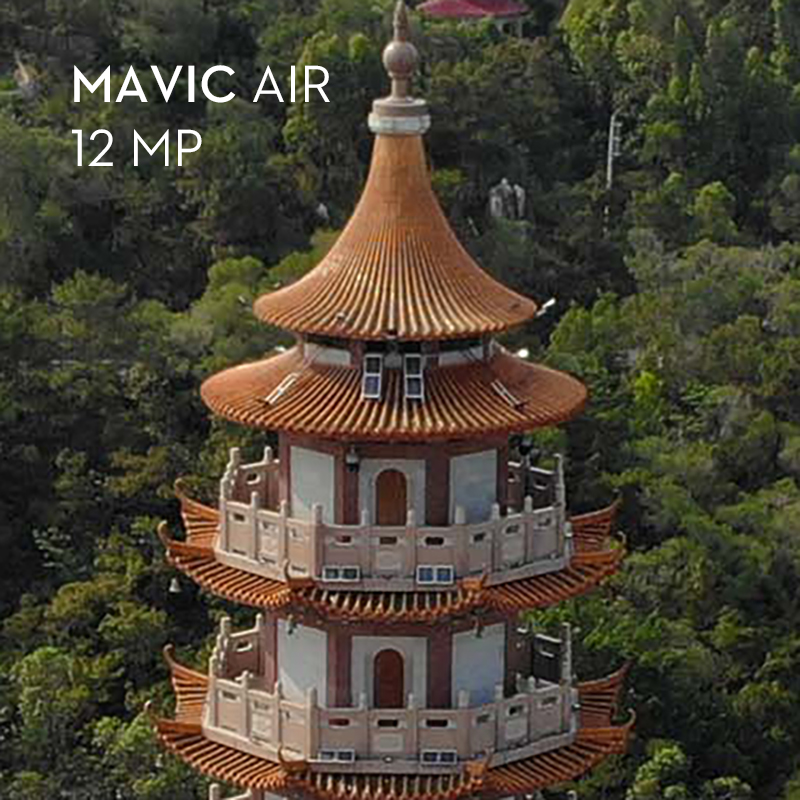 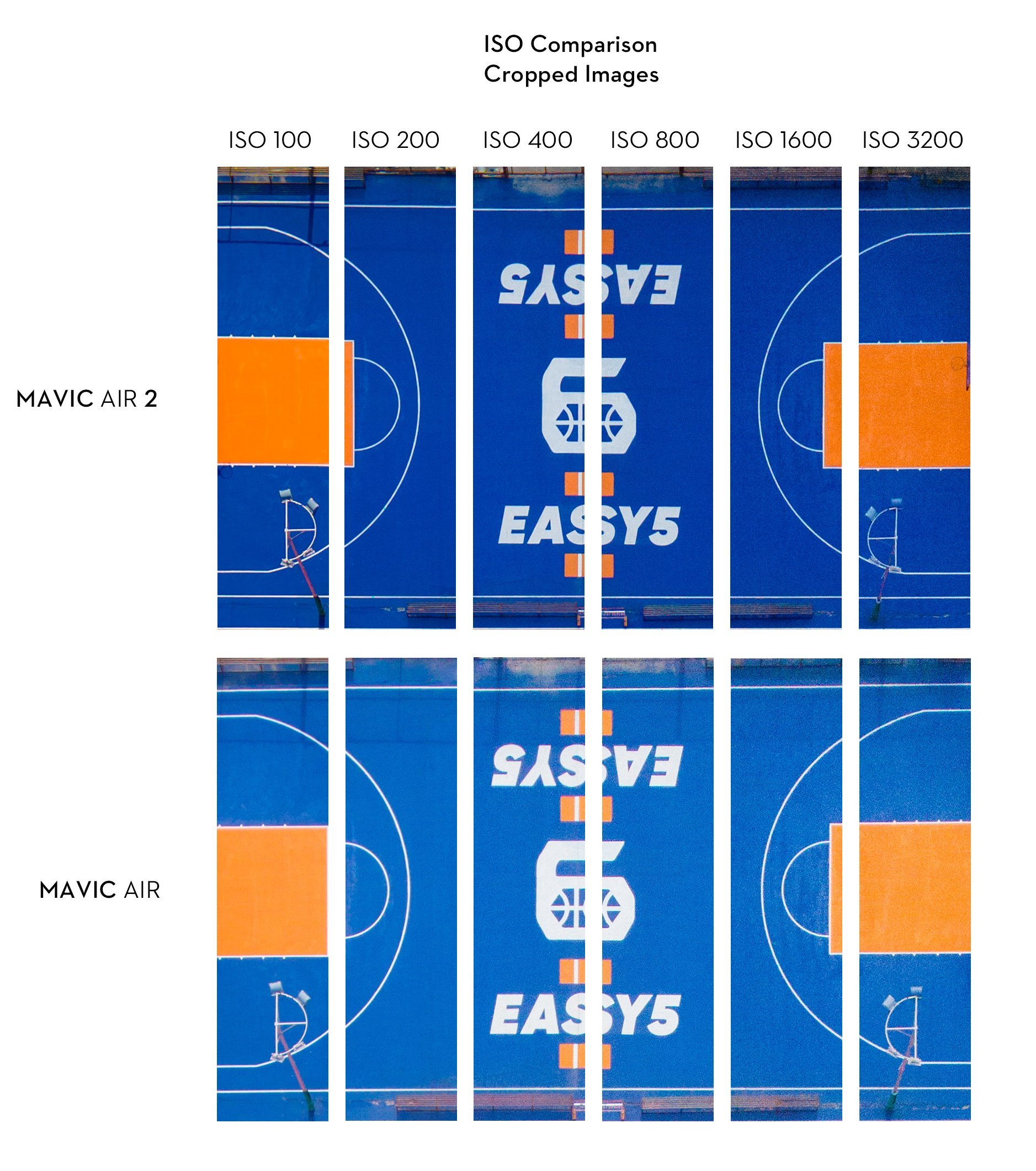 SmartPhoto is an entirely new feature for Mavic Air 2, which combines HDR imaging, scene recognition, and Hyperlight into one intelligent algorithm. SmartPhoto captures images quickly and easily, optimizing camera parameters, much like a modern-day smartphone does. 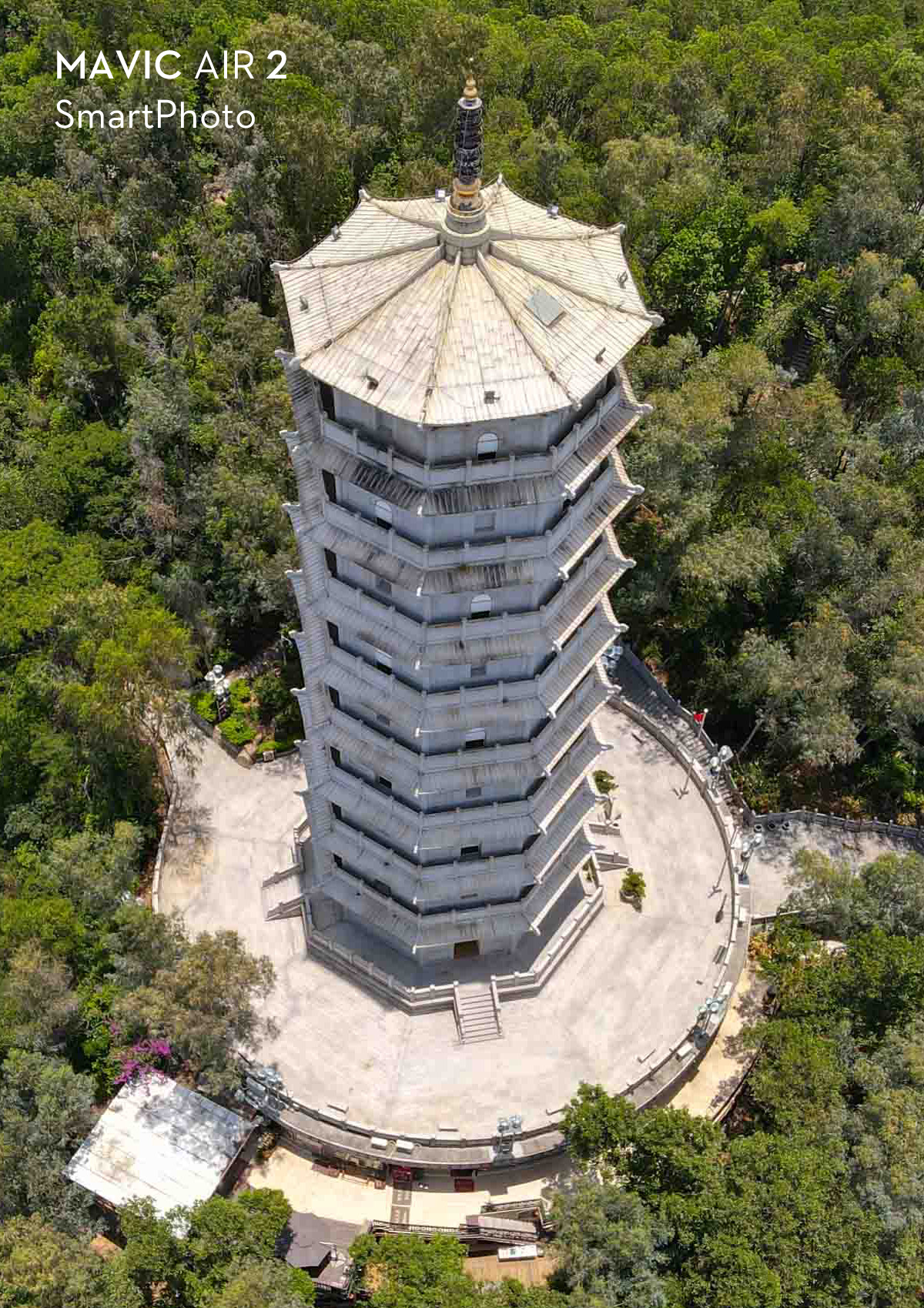 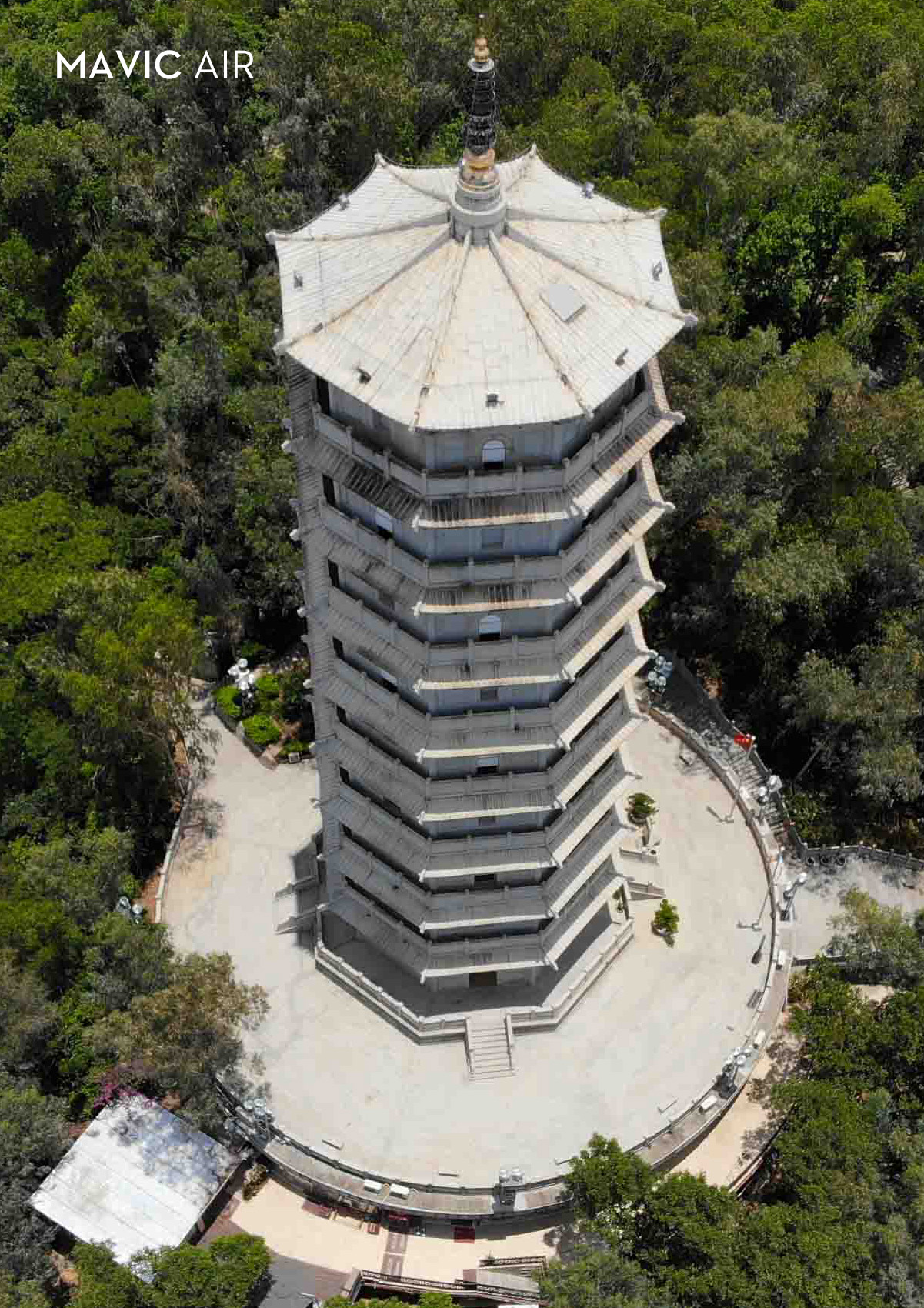 One of the coolest features of the original Mavic Air is the 32 MP Sphere Panorama, which stitches images together automatically to create an epic panorama. Mavic Air can also produce Horizontal, Vertical, and 180° panoramas, all without the need for processing in the app.

Things become even more interesting with the new Mavic Air 2 HDR Panorama mode. Using the most advanced panorama mode on any of our drones, HDR Panorama produces an ultra-wide panorama with an exceptional dynamic range.

In addition to a higher frame rate, Mavic Air 2 has a higher bit rate that produces better-looking videos. While both Mavic Air drones have FHD modes, Mavic Air 2 offers up to 240 fps compared to Mavic Air's 120 fps. This all translates to more smoother, cinematic footage.

Mavic Air 2 also supports HDR video at 4K/30 fps and 2.7K/30 fps, which produces stunning footage wherever you are. HDR video performs better than standard video functions, offering a better dynamic range for landscape shots. You no longer have to worry so much about the sunlight ruining your epic footage!

What’s the difference between H.265 offered on Mavic Air 2 and H.264 offered on Mavic Air? H.265 is a new standard of video compression that processes information more efficiently. This simply means you can maintain higher video quality at lower storage and bandwidth, which is great when you need to upload and display your content on social media platforms.

Mavic Air 2 steps up to the plate with more intelligent features, taking your filmmaking options to another level.

FocusTrack is a newly introduced suite of intelligent tracking modes for Mavic Air 2 that enables you to obtain more varied footage. First up, we have ActiveTrack 3.0, which supports our best tracking software to date. ActiveTrack 3.0 gives you more control over tracking in high-speed scenes along with the ability to track the subject automatically after they’ve been lost behind an object. Point of Interest (POI) 3.0 allows you to set an automated flight path around a subject and features improved surface recognition algorithms. Last up, we have Spotlight 2.0, which is a professional drone tracking feature that locks your subject in the center of the frame while offering you full control of your drone’s movement. FocusTrack is a significant step up for users looking for intelligent drone features.

You can now shoot 8K Hyperlapses on Mavic Air 2, which let you control time and movement in stunning scenes. Whether you are filming a cityscape transition from day to night or a stunning sunset over a landscape, 8K Hyperlapse gives you a whole new world of filmmaking possibilities. This new intelligent drone feature can only be found on the Mavic Air 2.

Many of us are just looking for a drone that can shoot epic footage without spending a whole day setting up a shot. If this sounds like you, QuickShots are an excellent way to add impressive flight sequences to your footage in just a few simple taps. Both Mavic Air and Mavic Air 2 offer five QuickShots: Dronie, Circle, Helix, Rocket, Boomerang, and Asteroid. Mavic Air 2 adds advanced electronic stabilization to QuickShots, which makes them smoother and more stable than ever before. Check out this Mavic Air 2 review for a more detailed analysis of QuickShots.

Mavic Air 2 has an upgraded transmission system, increased safety, and an impressive battery life of up to 34 minutes.

Moving swiftly forward,  Mavic Air 2 offers up to 34 minutes of flight time compared to 21 minutes on Mavic Air. Throw in the Mavic Air 2 Fly More Combo, which comes with three Intelligent Flight Batteries, and you can have over 90 minutes of pure shooting time! 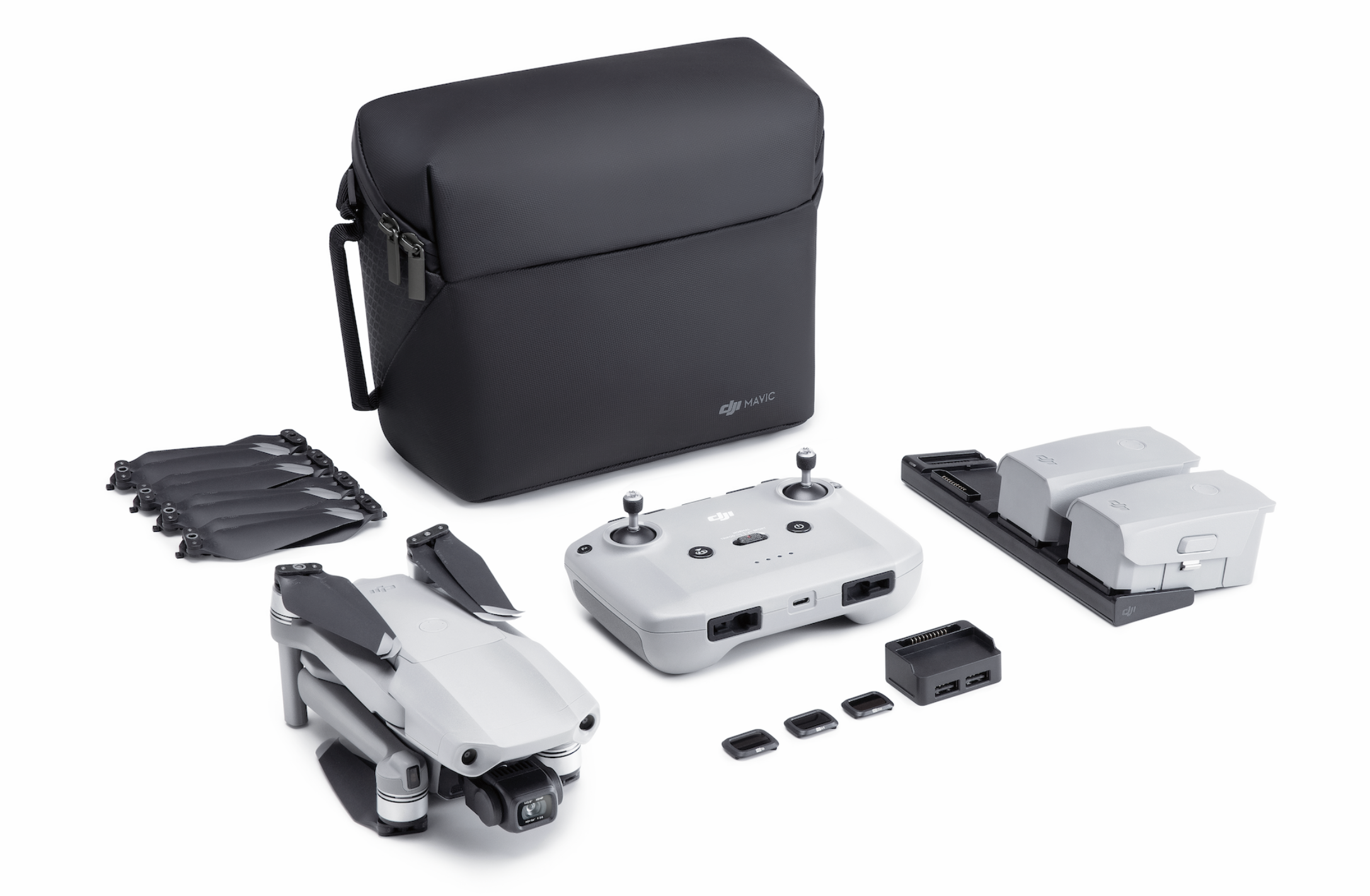 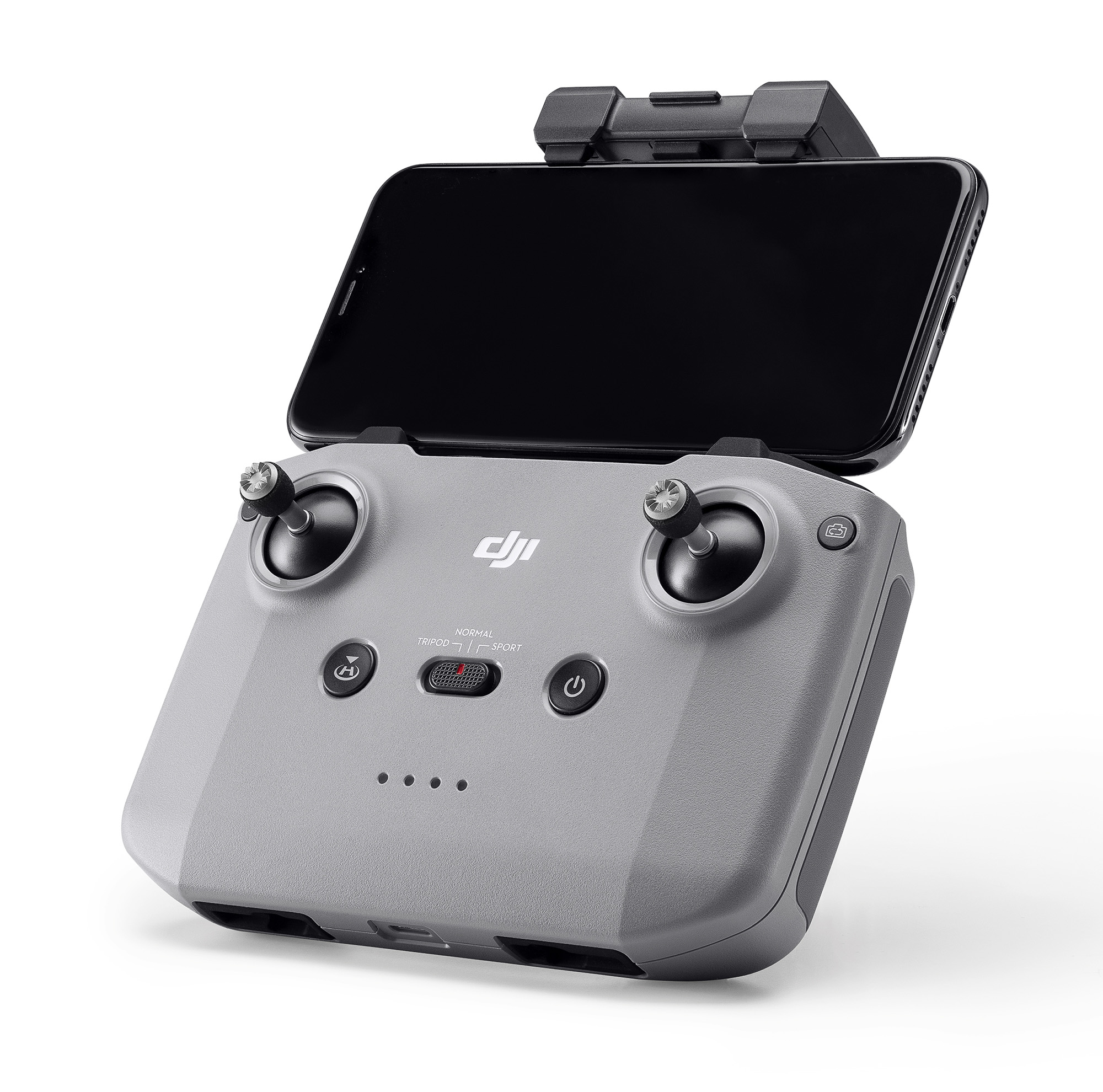 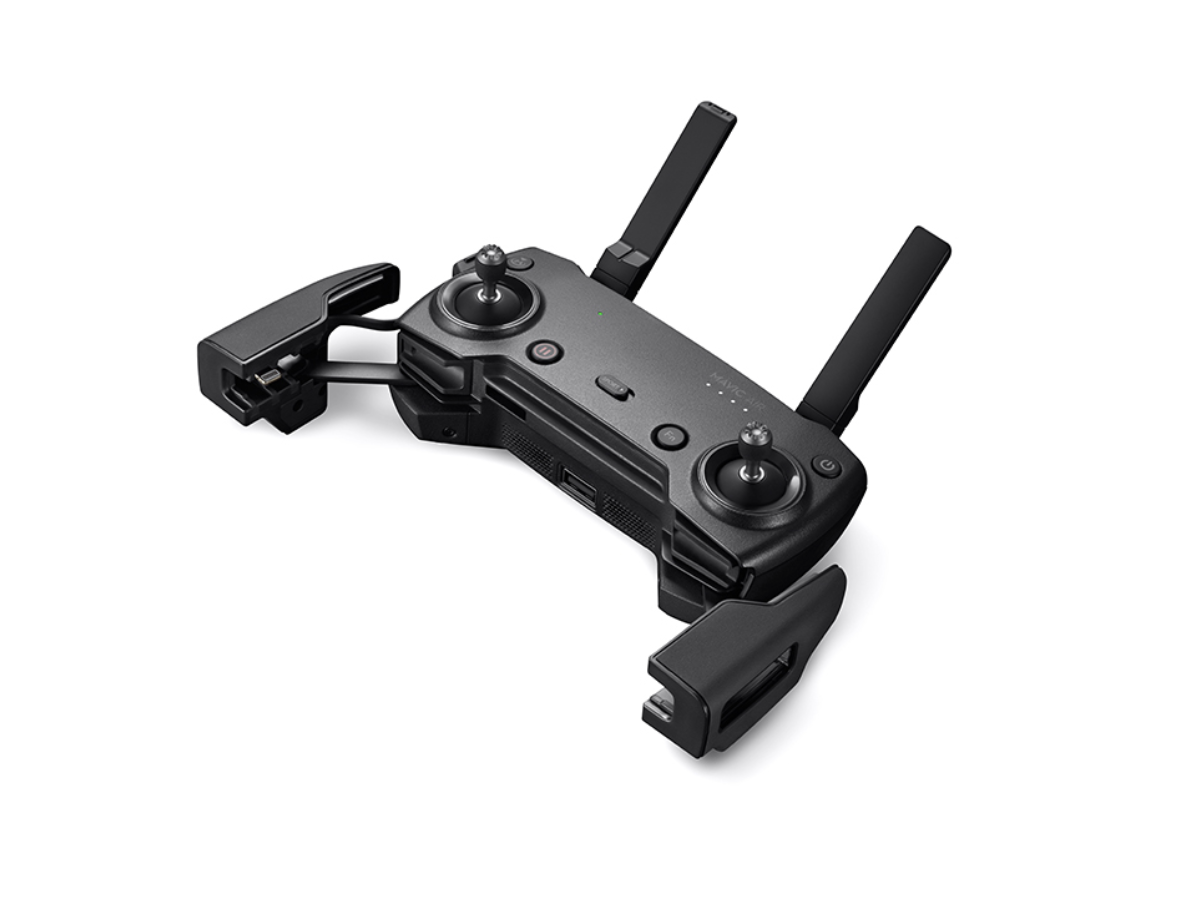 DJI Fly and DJI GO 4 offer users a simple flight experience with plenty of options to choose from.

DJI Fly makes flying a drone a breeze with easy-to-access settings, templates, and an easy-to-use editing platform. From QuickShots to 8K Hyperlapse, every feature on Mavic Air 2 can be accessed with just a few simple taps. In comparison, Mavic Air uses DJI Go 4, which features an updated homepage, editor, and a playback interface. Both DJI Fly and DJI Go 4 let you capture your adventure with ease. 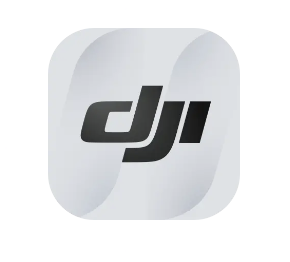 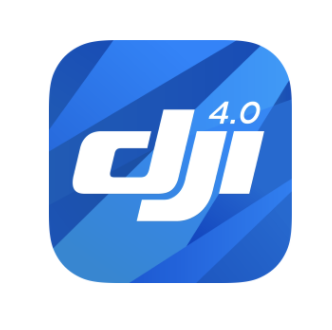 Both Mavic Air 2 and Mavic Air have a great range of accessories that help you make the most of any adventure. 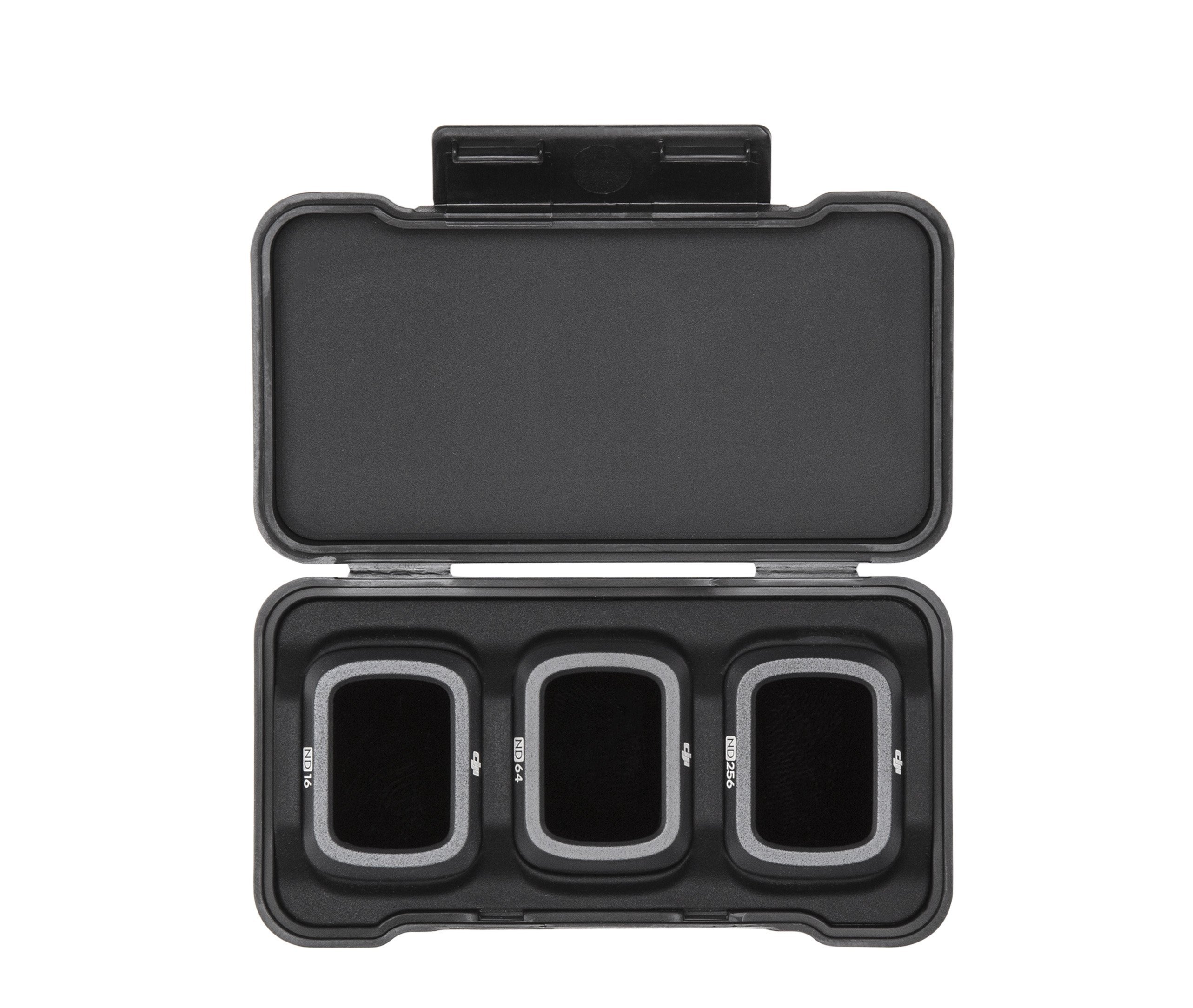 Mavic Air is a great choice for users looking for an all-round drone that combines a powerful camera with reliable flight performance. If you are looking for the latest camera drone features with upgraded performance, Mavic Air 2 has powerful imaging capabilities, a longer flight time, and a stronger transmission. Throw in 4K/60fps video, SmartPhoto, FocusTrack, and 48MP photos, and you’re looking at an incredibly powerful camera drone!

Mavic Air 2: How Powerful Is Our New Camera Drone? 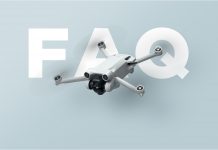 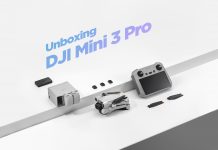