What is a Smartphone Stabilizer?

These handheld 3-axis stabilization systems are compatible with all up-to-date smartphones. With Android and iOS support, it’s not surprising that these have become so popular. After all, we’re living in a tech-savvy world where everyone snaps photos and video on a daily basis. Whether they’re reaching out for selfies, capturing amazing drone footage, or vlogging, you have to admit that we’re becoming increasingly addicted to photography. 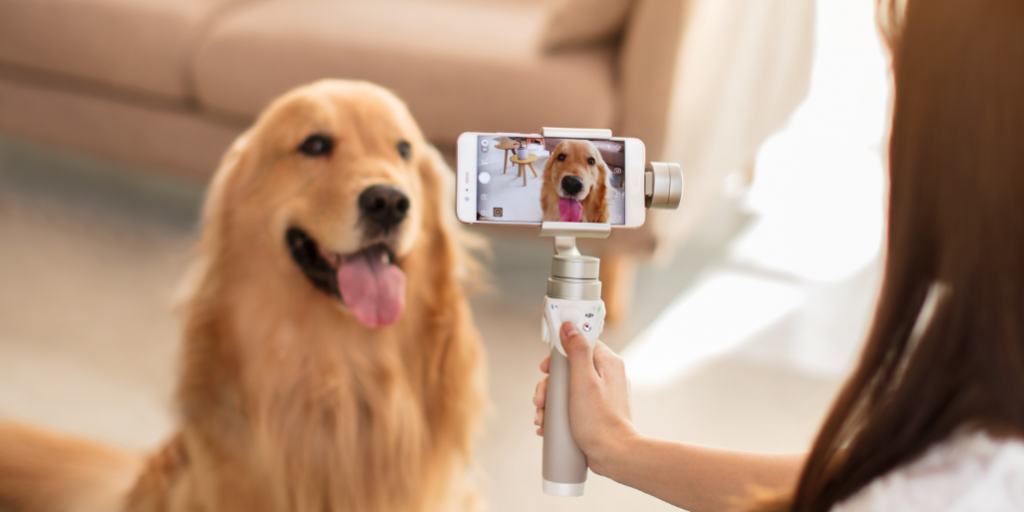 Smartphone stabilizers are not exactly a “new” thing. They’ve been around for a while, but with the rise of Instagram feeds, Facebook stories and similar social media additions, there’s now a recent demand for such devices. People are no longer satisfied with jittery and shaky video. They want to share pro-quality film, which smartphone stabilizers achieve easily.

That being said, there’s a lot of competition on the market. First of all, it’s important to know that there are several different types of stabilizers. The main ones are 3-axis, which is motorized,  and fixed, which has no electronic parts at all. The latter only supports your arm and eliminates a small portion of shakiness. On the other hand, 3-axis stabilizers are equipped with a whole heap of processing power, which allows them to reduce all video shakiness with pinpoint accuracy. 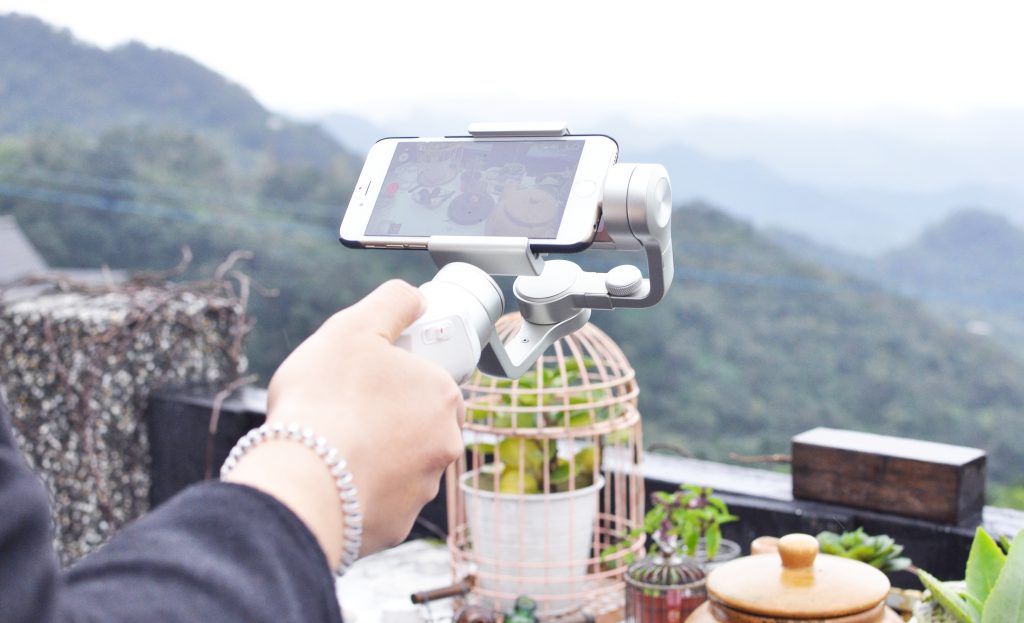 By far the best of the bunch is DJI’s outstanding Osmo MobileCheck the Price!. DJI is a well-known company that specializes in drones and accessories.

When it comes to technical gimmicks, it’s important to add that it can run slightly above four hours (the official spec sheet doesn’t lie!) on a 950 mAh battery. The Osmo Mobile automatically connects to your smartphone via Bluetooth. It supports phones from 58.6 mm all the way to 84.8 mm. That said, if you have a bulky case on your device, you might have to remove it before mounting it onto your Osmo Mobile.

Regarding software support, you’ll be happy to know that it has full support for the ever-present DJI GO app. For now, I’ll just mention that the main features include DJI’s leading ActiveTrack technology, panorama shots, stationary and motion time-lapse, and many more customizable options. Keep in mind that ActiveTrack technology works with both cameras, front and rear, allowing you to take full control over the stabilizer, whether you’re recording yourself or your surroundings

Believe it or not, this is not the only smartphone stabilization device on the market. There are others as well, but I believe there are just one or two that are on par when it comes to hardware and general performance. But in my opinion, what gives the Osmo Mobile a definite advantage is DJI GO, which I have to point out is a huge plus. I’d also like to add that build quality is pretty much the same across the field, with sturdy metal frames that feel substantial and cumbersome, fitting nicely in the palm of your hand. They’re comfortable, even for prolonged usage periods, but above all – it won’t make your hands sweat or lose grip, which is sort of a problem for other smartphone stabilizers. 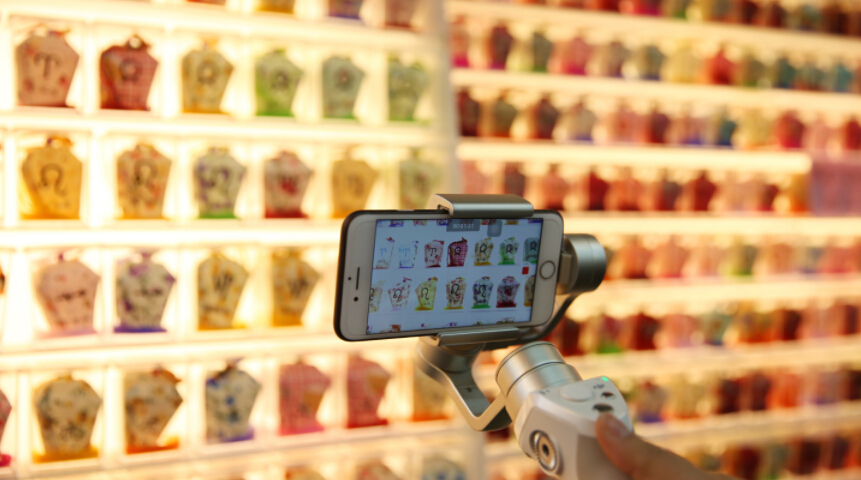 Who is the DJI Osmo Mobile for?

Well, in this new age of tech, where everybody likes to share photos and videos with friends and colleagues, I envisage a bunch of mobile vloggers picking up DJI Osmo Mobile first.  It’ll certainly make their lives easier and enable them to shoot professional quality videos on-the-fly. What more could they need? It’s perfect for them. But in addition to vloggers, the Osmo Mobile is also ideal for people who do extreme sports. For example, hikers, snowboarders, wingsuit flyers, and mountaineers — “Hey! All of you could greatly benefit from this little guy!”

I feel positive that the DJI Osmo Mobile will become the next big thing in the smartphone camera accessories market. I used it on a recent trip it to Shanghai with my S7 plus, and if I don’t mind saying so myself, the results were spectacular! Modern-day camera drones can provide stunning video without compromise. But when it comes to the DJI Osmo Mobile, the biggest difference to other devices of a similar ilk is the almost freaky serenity in video stability. To put it simply, the DJI Osmo Mobile does a great job at keeping your footage steady. No jello effect, no shakiness, and most importantly, clean, smooth transfers from one scene to another. If that’s not enough to spark up your imagination, then I’m lost for words and you just might be a lost cause!

Lastly, I would also like to point out that DJI GO works flawlessly with the Osmo Mobile. It incorporates breathtaking features that enable the stabilizer’s full cinematic potential.

DJI GO is quickly becoming the centerpiece around which everything DJI takes shape. With support for an incredible number of devices — even DJI’s CrystalSky ultra-bright monitor — and state-of-the-art features, the DJI GO app is a masterpiece in app software technology. I will stand and die by these words.

The “Wow!” feature here is undoubtedly ActiveTrack. This software-driven solution to tracking objects with the Osmo Mobile keeps your smartphone’s camera centered directly on a chosen subject. Unsurprisingly, it does so in a silky manner without any distortion or other noticeable issues. Among other features, I’d also like to point out that the time-lapse and slow-motion features will provide you with endless hours of excellent footage over and over.

So what’s left to be said about smartphone stabilizers? As most of you have probably realized by now, they are incredibly useful little gadgets that turn regular — or shaky (cough) — smartphone videos into little cinematic masterpieces. With the rapid growth of vlogging and nearly all other forms of content generation and sharing, I truly believe that smartphone stabilizers will continue to be a growing market. And with leading models like the Osmo MobileBUY NOW, it’s safe to say that DJI has the market cornered for the foreseeable future.