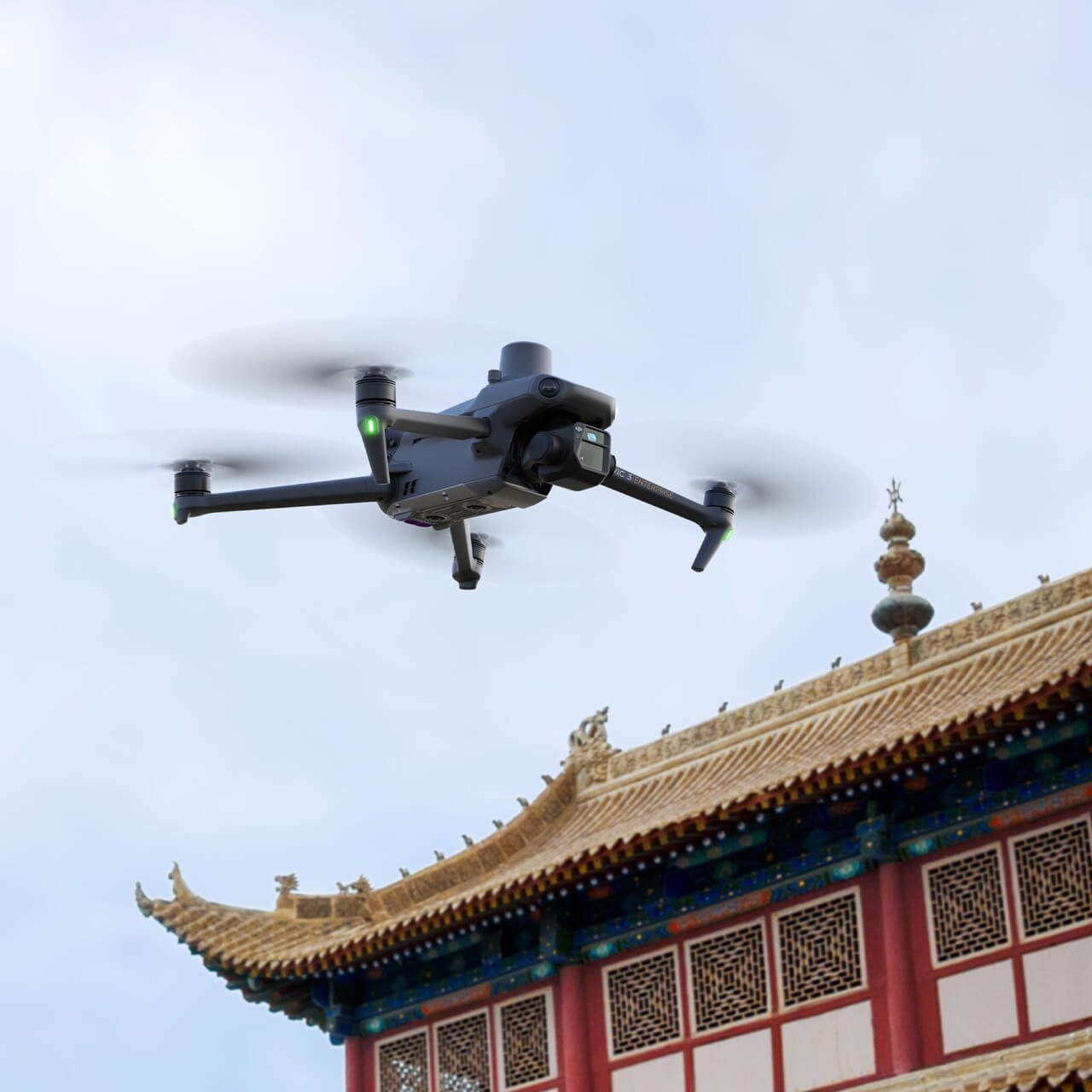 Get 1% of your order back in DJI Credit

*Certain accessories may vary slightly in appearance due to different production batches, but they have the same functionality and can be used in the same way.

1. Measured with Mavic 3 Enterprise Series flying at a constant speed of 32.4 kph in a windless environment at sea level until the battery reached 0%. Data is for reference only. Please pay attention to RTH reminders in the DJI Pilot 2 app during flight.

3. Available for Mavic 3T only. DO NOT expose the thermal camera lens to strong sources of energy such as the sun, lava, or laser beams. Otherwise, the camera sensor may be burned, leading to permanent damage.

5. DO NOT use the aircraft in severe weather conditions, including heavy wind exceeding 12 m/s, snow, rain, fog, hail, or lightning. DO NOT fly the aircraft 6,000 m (19,685 ft.) or higher above sea level. DO NOT fly the aircraft in environments where the temperature is below -10° C (14° F) or above 40° C (104° F). DO NOT take off from moving objects such as cars or boats. DO NOT fly close to reflective surfaces such as water or snow. Otherwise, the vision system may be limited. When the GNSS signal is weak, fly the aircraft in environments with good lighting and visibility. Low ambient light may cause the vision system to function abnormally. Pay special attention to flight safety when flying near areas with magnetic or radio interference. Common magnetic or radio interference sources include high-voltage lines, large-scale power transmission stations, radar stations, mobile base stations, broadcasting towers, Wi-Fi hotspots, routers, and Bluetooth devices.

Free shipping on orders over USD $149