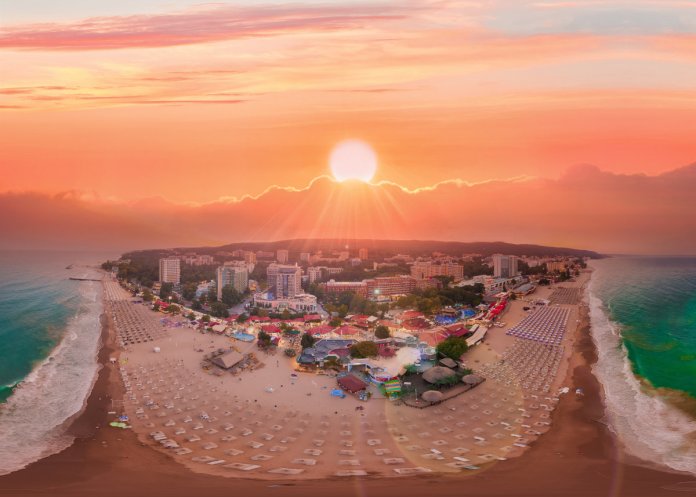 Check out our recommended flight skills that will help you create stunning aerial photography.

As an aerial photographer, capturing epic shots can seem difficult at first. But don’t worry; there are numerous easy-to-learn flight skills that can instantly take your footage to the next level. Master these simple shots for professional-level results.

Note: All gimbal control methods mentioned in this article are based on the remote controller default mode (Mode 2).

Fly your drone in a straight line forward or backward to reveal the connection between the subject and its surrounding environment. This type of shot is great for building suspense and is equally effective for transition shots.

How to Take a Linear Shot

Push up or pull down the right joystick to fly the aircraft forward or backward. Do not deviate to the left or right.*

* Can also be achieved using TapFly.

Fly your drone sideward while ascending or descending to highlight the complexities of the environment. This creates a sense of depth with the foreground and background in the shot.

How to Take a Diagonal Shot

Push or pull the left joystick while pushing the right joystick to the left or right to create a diagonal flight route.

While hovering in the air, slowly pan the camera from left to right. This shot broadens the view with a fixed frame size, introduces the connections between multiple subjects, and replicates an FPV panning perspective.

How to Take a Pan Shot

Push the left joystick slightly to the left or right.

Fly the drone to the left or right in straight lines. Try tracking a subject while performing this shot for a unique and dynamic result. It’s a great way to immerse your audience and portray movement.

How to Take a Sideward Shot

Push the right joystick to the left or right side and control the drone to fly sideward.

Fly the drone around a certain point or object to reveal the subject from all angles. This is quite a simple maneuver that juxtaposes features of the environment.

How to Take a Circle Shot

Rotating the drone while flying upward or downward creates an engaging shot that extends the perspective vertically while focusing on your subject.

How to Take a Spiral Shot

Push or pull the left joystick while making the drone yaw slowly. These two combined movements will create a spiral.

This spiral shot is just for demonstration purposes and was taken in a controlled environment. Please avoid flying over large groups of people and always fly safely.

To shoot a Dronie video, you need to fly the drone backward and upward at the same time. This is a classic drone shot that keeps your subject in the center of the frame while broadening the perspective. It has a strong visual impact that is great for transition scenes in your footage.

How to Take a Dronie Shot

Push the left joystick to cause the drone to ascend, and pull the right joystick to fly it backward. At the same time, turn the gimbal dial to slowly tilt the camera downwards.*

* Can be achieved by using the QuickShots available on some drone models.

Fly the drone upwards and reveal a dramatic shot of the scenery.

How to Take a Rocket Shot

Tilt the gimbal until it faces downwards and push the left joystick to ascend the drone.

Dolly Zoom automatically adjusts focus while the size of the subject remains mostly unchanged, adding an intense, warping visual effect to your video.

How to Take a Dolly Zoom Shot

* Dolly Zoom is only supported by aircraft integrated with zooming functions such as the Mavic 2 Zoom.

Tilt the gimbal straight down slowly as you fly the aircraft forward or upward. This shot is a great way draw your audience into a big scene or moment.

How to Take an Overlook Shot

Push up or pull down the right joystick to fly the drone forward or backward, at the same time, slowly turn the left adjustment dial counterclockwise to tilt the gimbal down.

These simple drone maneuvers are the foundations for any great aerial footage. Whether you are performing a Dolly Zoom with the Mavic 2 Zoom or creating a panning shot with Mavic Mini, practicing makes a world of difference!