We all know that flying drones is exciting. But FPV flying takes the experience to a whole new level! Nearly every camera drone out there lets you monitor a live view from its camera on a mobile device or controller with a built-in screen. While watching your camera feed on a smartphone can technically be referred to as “FPV flying,” drone enthusiasts generally consider true FPV to be flying with FPV goggles: video goggles that strap to your head for enhanced flight immersion.

Sounds pretty awesome, right? Flying with FPV goggles is kind of like virtual reality. For many people, it’s a life-changing experience they simply can’t get enough of after trying it for the first time. But sometimes it’s hard to know which FPV drones and goggles are the best. For example, do you want a minimalist racing setup or a more advanced drone and goggles setup? Do you want to go as fast as possible or are you willing to trade high speed for clearer and more stable viewing? Let’s take a look at some options.

FPV flying is especially popular in drone racing. Wearing FPV goggles connected to small drones  with light airframes and tiny cameras, competitive drone racers zoom through complex obstacle courses at speeds of up to 50 mph (80 kph) in national and international drone racing leagues. Drone racing is growing in popularity, and ESPN even signed a distribution deal with the Drone Sports Association to broadcast drone races on TV.

Firstly, learning to fly them without crashing can be difficult. Since racing drones are relatively stripped down to be fast and nimble, they don’t have as many sensors (if any) or powerful flight controllers like more complex drones.  This is most apparent when considering hovering stability. A DJI drone with a Vision Positioning System (VPS) can hover in place with incredible accuracy. However, with a racing drone, you have to remain vigilant with the controls to keep the drone from drifting into walls or trees.

While this may sound exciting for people looking for a challenge, it can get tiresome having to pick up your drone every time you crash it. After repeated crashing, it may eventually break, at which point you’ll probably need to fix it yourself.

Finally, FPV racing drones offer relatively short flight times. Their batteries may only last for several minutes, and most drone users realize that battery life is essential when you want to have extended flight sessions.

So what are some good alternatives?

Fortunately, DJI offers video goggles  and drones that solve many common issues that users encounter with other FPV systems. Earlier this year, DJI released the DJI Goggles, FPV goggles that the company designed for full wireless compatibility with the ever popular DJI Mavic Pro, a portable, foldable drone with a 4K camera.

For ultimate synergy, DJI Goggles also use the Mavic Pro’s OcuSync transmission technology. They connect wirelessly to the Mavic Pro’s remote controller, unlike other FPV goggles, and offer live viewing at up to 1080p. Features like Head Tracking increase immersion by allowing you to control aircraft yaw and gimbal tilt with natural head movements. If you like flying in Sport mode, which increases the aircraft’s max speed to 40 mph (65 kph), you can lower the resolution to 720p and increase the frame rate to 60 fps, so motion blur caused by fast movement won’t detract from the overall experience.

Apart from DJI Goggles’ compatibility, the Mavic Pro is packed full of impressive tech. It has a VPS and ultrasonic sensors used for positioning, so unlike racing drones, it hovers precisely in place. More than that, a single Mavic battery offers up to 27 minutes of flight, more than any other comparable drone on the market. The all-new Mavic Pro Platinum  features an upgraded battery that provides up to 30 minutes of flight.

Only the Mavic Pro connects wirelessly to DJI Goggles and offers 1080p transmission, but a wired connection allows you to use DJI Goggles with other DJI drones like the Mavic Air, Spark, Phantom series, and Inspire series for up to 720p viewing.

Similar to the Mavic Pro with its compact and foldable design, the Mavic Air is about half the size of the Mavic Pro with added vision sensors on its back, SmartCapture mode, new QuickShots like Asteroid, and 8 GB of internal storage (in addition to a Micro SD card slot). Plus, the Mavic Air flies at an incredible 42.5 mph (68.4 kph) for exhilarating FPV flight. The Mavic Air is fully compatible with DJI Goggles, but unlike the Mavic Pro, the Mavic Air doesn’t use OcuSync transmission. As such, you’ll need a wired connection with a USB OTG cable. For Spark, you’ll also need to purchase an OTG cable to connect the Goggles to the controller. For the Inspire and Phantom series controllers, you’ll need to buy and install an HDMI Output Module.

So what FPV Drone and Goggles Should You Buy?

In the end, what you go with depends on your needs and wants. If you already have a DJI drone, there’s no reason to go out and get an FPV racing drone with a pair of non-DJI made goggles. DJI Goggles are the perfect solution if you already have a Mavic Pro. If you have another DJI drone, first make sure it’s compatible with the DJI Goggles and pick up whatever add-ons you need to make them work.

If you’re new to drones, DJI is also a good choice because learning to fly won’t be such a challenge and you’ll get longer flight times. But if you’re up for a challenge, FPV racing could be the path for you. Either way, FPV flying has never been easier and more accessible. Just get out there and experience it for yourself!

Choose the Best Drone for You Quiz

Watching Movies and Playing Games on the DJI Goggles

The Dos and Don’ts of Drone Flying 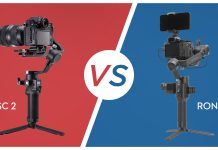 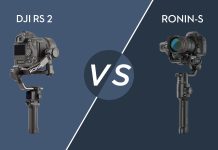 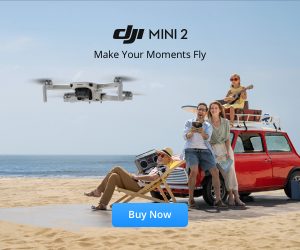