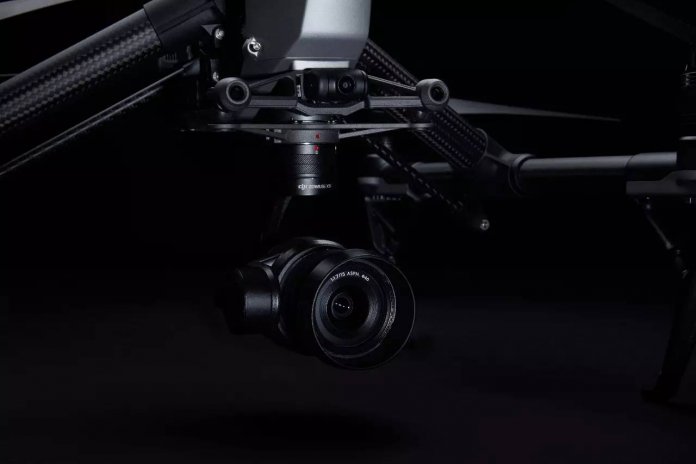 The Inspire 2 is marketed as a filmmaking drone. As a director and photographer who worked in the film industry for years,  I’ve learned that image quality is a professional cinematographers’ primary concern when choosing equipment. In order to find out how the Inspire 2’s image system performs, I made an in-depth review of the DJI Inspire 2’s image quality.

In this article, we will review the Inspire 2′s performance on resolution, dynamic range, color, ISO and jelly effect. It can help cinematographers and photographers gain a better understanding of this product.

One of Inspire 2’s highlights is the new image processing system, CineCore 2.0. It’s able to shoot 5.2K/30fps videos in CinemaDNG by shooting 30 frames of 5280*2972 RAW photos every second, which are combined to create a 16min video that can fill a 480G hard drive. 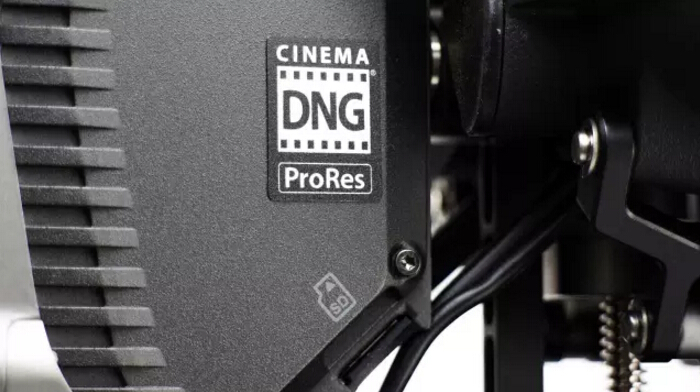 However, not everyone can afford this format, and that’s why Inspire 2 has introduced ProRes capability, a professional, efficient coding format invented by Apple. DJI is proud that Inspire 2, like most third-party video recorders or professional cameras, has ProRes onboard. 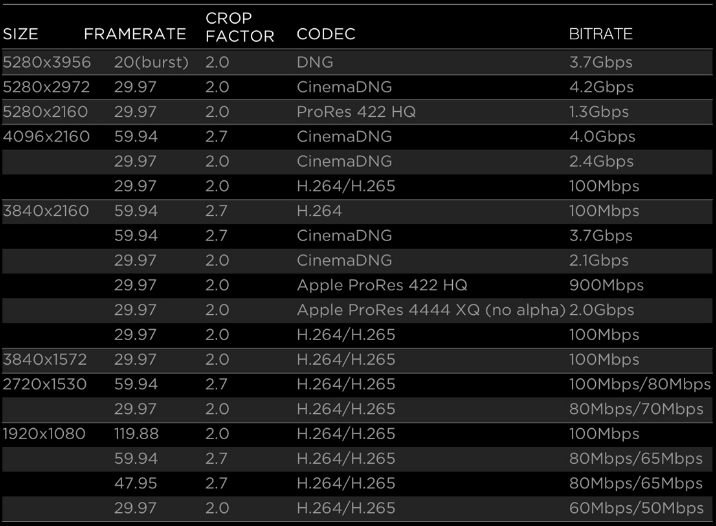 The camera of Inspire 2 is equipped with a Sony M4/3 image sensor (size: 17mm*13mm; crop factor: 2x), 12.8 stops of dynamic range and a standard MTF-mount. Currently 8 M4/3 lens have been authorized by DJI to be mounted on Inspire 2, including the standard 15mm/f1.7 lens produced by Panasonic shipped with the aircraft. 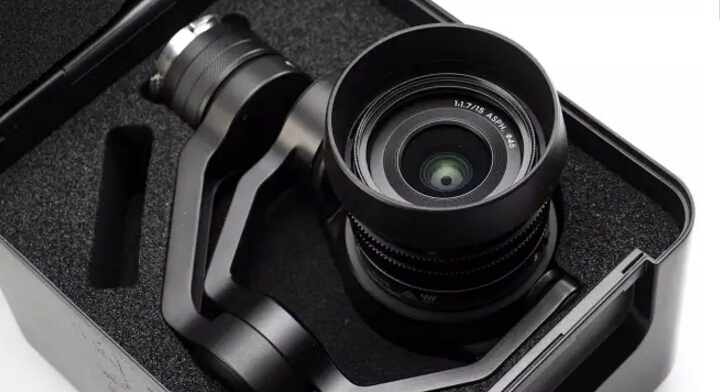 In fact, the hardware configuration of Inspire 2’s image processing system has reached the highest level among all M4/3 cameras. DJI also plans on launching a new handheld gimbal compatible with Zenmuse X5S and making it a powerful photography tool for daily use.

Below is a detailed review of Inspire 2’s camera based on a variety of different factors such as resolution, dynamic range, color expression, jelly effect, and ISO. 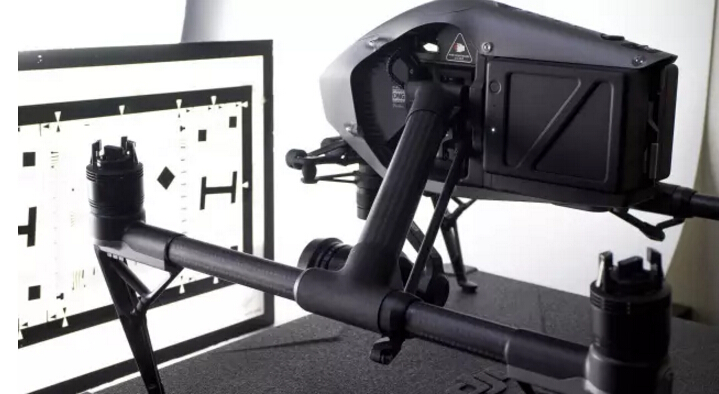 Below is the result of the first test. It is a frame randomly picked in a 5.2K CinemaDNG video shot by Inspire 2. The resolution of the image below is 5280*2972. Let’s have a look at it before we carry out more tests. 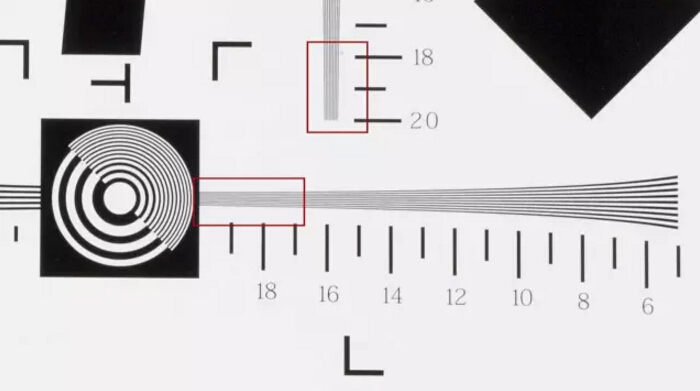 After decoding the RAW file and enlarging the image, we can see visually that the  Inspire 2 camera has exceeded the highest 2000 lines mark (red boxes) effortlessly, even though it’s just a screenshot. The result has exceeded our expectation of Inspire 2, given the fact that the best result achieved by most mainstream 4K cameras is merely about 2000 lines.

Next we take out a 4000 lines test chart, (which hasn’t been used in a while), to see exactly how many lines Inspire 2 can achieve. This chart is enough to test resolution as high as 8K, and theoretically no camera in the market can reach that limit. 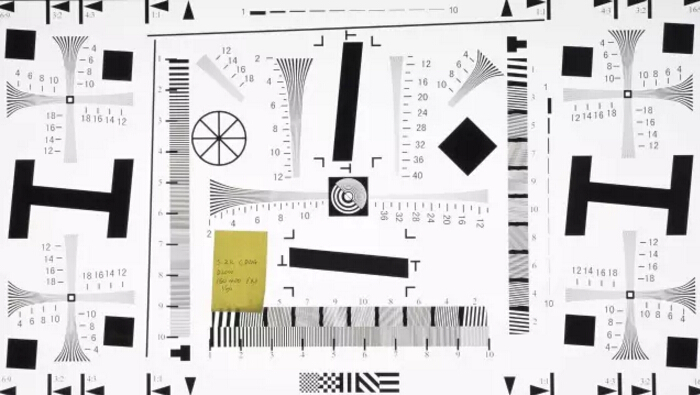 On decoding the file again we find that the details of black and white are invisible at 2500 lines. After several repetitions of software and manual analysis, we finally find the highest resolution Inspire 2 can achieve—2450 lines (±100). Comparing this result with that of common 4K cameras, it’s safe to conclude that Inspire 2 does a perfect job in resolution.

Of course, we also test the resolution of other formats. And here are the results:

All this data shows Inspire 2’s ability to reach the highest level of quality in every format, allowing it to compete with other professional cameras in shooting top quality images and videos. Compare the Inspire 2 camera with other M4/3 cameras and we can see that DJI has maximized the performance of the CMOS sensor integrated in Inspire 2’s camera.

Inspire 2 offers a highest dynamic range of 12.8 stops, compared with the 13 stops threshold offered by professional movie cameras. To give readers a general impression on Inspire 2’s dynamic range, we shoot a DLOG video with Inspire 2 under the latest firmware version. 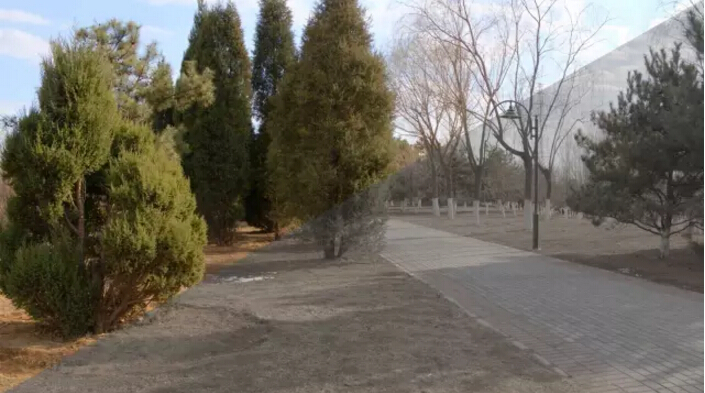 With a little adjustment to the Gamma line we can see that the information of footage shot with DLOG mode has been heavily compressed, which means that there is still a large amount of room for further processing. A common scene like this is no problem for Inspire 2. DJI also optimizes its DLOG mode each time a new version of it comes out, which is why DJI hasn’t opened Inspire 2 LUT to users yet.

To quantify its dynamic range, we use Xyla 21 Dynamic Range Test Chart from DSC Labs. The test is very simple. We make sure the brightest box is not over-exposed and then count the rest of the boxes until they cannot be seen. In the current version, ISO in DLOG mode is locked to 400, hence the entire test is based on ISO 400. 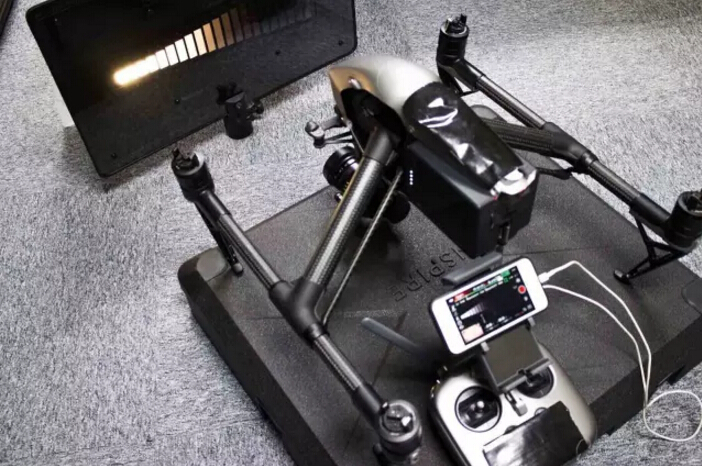 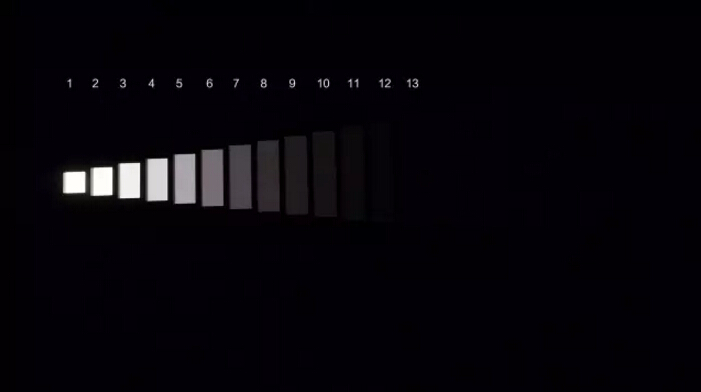 There are 13 boxes that can be observed altogether, though many people can only see 11. It’s true that the 13th box has information, however, only very little. With a bit more adjustment we can see more information shown in the 13th box. The actual dynamic range may vary according to image process, coding method and other factors. Therefore, when controlling exposure, it’s the photographer’s choice to stress more on highlights or shadows.

Demonstrating minor color differences is no longer a challenge with modern digital technology. However, with different cameras, the effect of color reproduction can be different. Camera companies have been making great efforts in color reproduction. But in my opinion, color management is more important than color reproduction. Colohttp://store.dji.com/product/inspire-2?from=buying-guidesr science, which is one of the core technologies of camera companies, is critical to a photographer’s shooting strategy. The color test is thus prone to be subjective.

We gathered a group of objects (which were not so colorful) to test X5S’s sensitivity to colors. 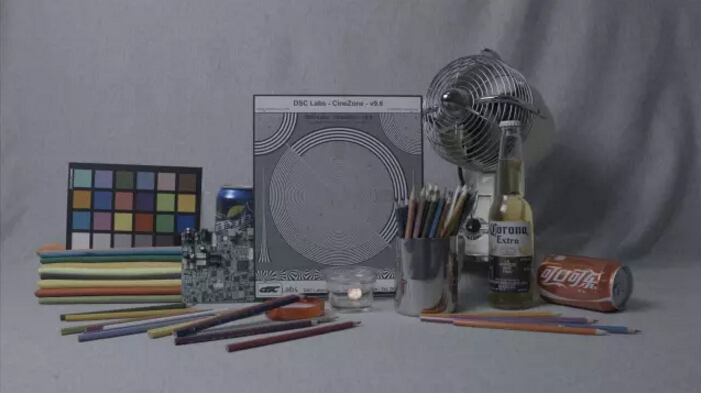 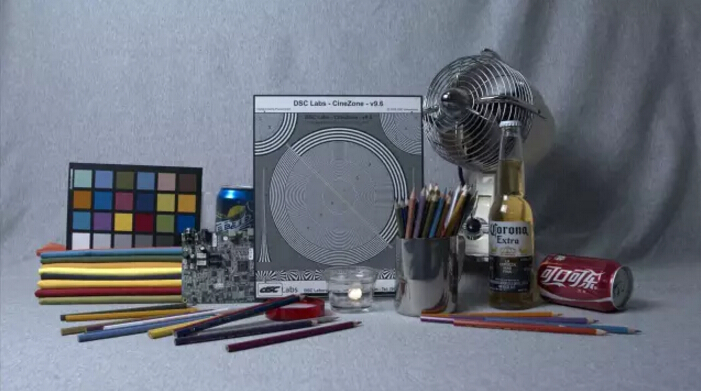 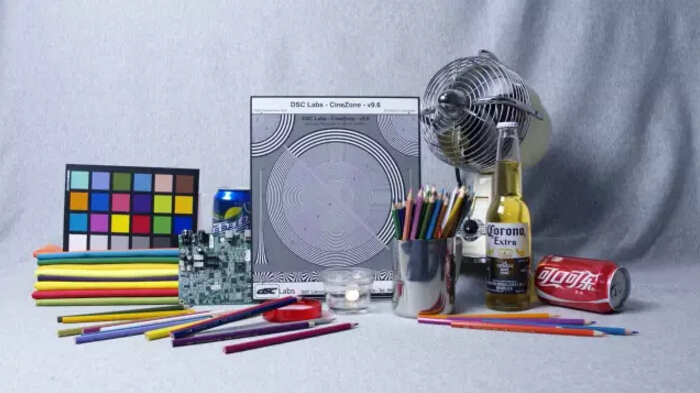 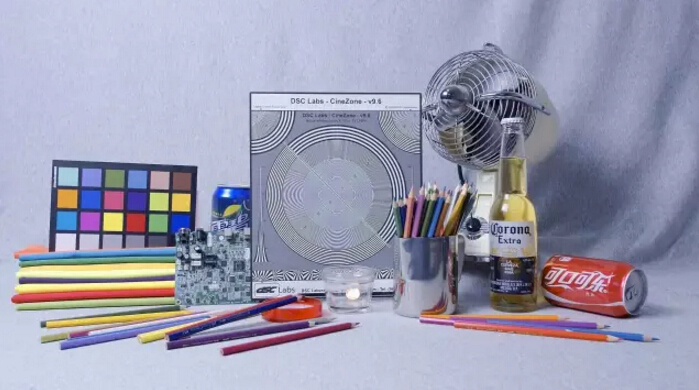 Here are our thoughts after toning a few images again and again:

There is a collection of photos on Inspire 2’s ISO. The photos are from a video recorded in 5.2KCinemaDNG and then transcoded without any toning. Let’s see the examples. (Note: there was compression when uploading to the website.)

Personally speaking, Inspire 2’s ISO is good enough during normal use.  At ISO3200 you can still acquire an image of “OK” quality. I recommend that you avoid ISO6400 unless completely necessary.

Apart from resolution, color and tolerance, jelly effect, especially in sport photos, is also an important factor to image quality. If the exposure speed is not fast enough when using rolling shutter, a distortion called jelly effect may occur to your photo. Vertical lines could be distorted into diagonal ones, while diagonal lines might become arcs in the picture.

Here is a photo shot by Inspire 2 with the max spinning speed of its gimbal. 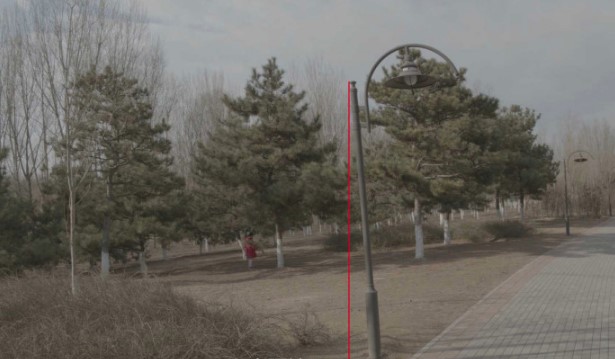 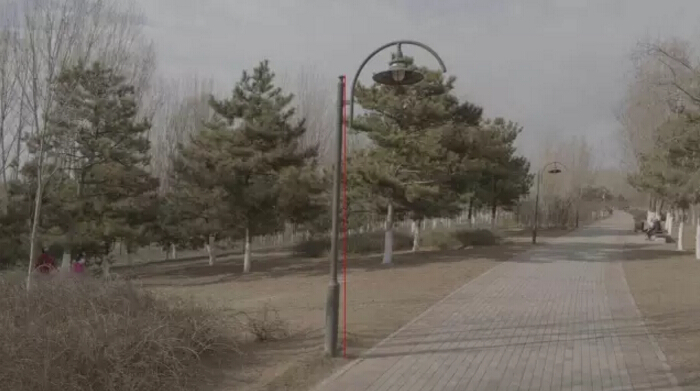 When the distance between drone and object increases, jelly effect decreases. As you can tell from the picture below, the distortion of the pole was only slightly visible. 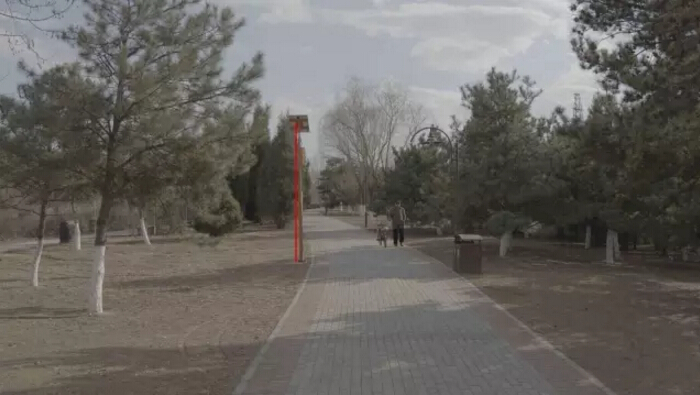 The exposure time of X5S is as short as 16ms (same as cameras of FS7). When you use Inspire 2’s S Mode (with max speed of 94km/h), the jelly effect may become more obvious. In order to tackle this problem, you need to understand the shortcomings of Inspire 2’s camera. I recommend that you crop out larger proportions of the image to reduce jelly effect. You can choose a crop factor of 2.7 X, where a 15mm lens is equivalent to 40mm lens in a 135 frame.

Inspire 2 surprised me a lot during the testing process. Despite its gap with top cameras, it excelled in this test. Here are the ratings of Inspire 2’s camera in five dimensions (with 5 stars being the highest standard in the film industry). 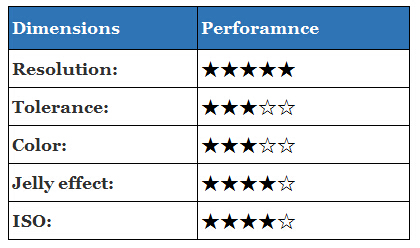 Top 10 Features Of The Inspire 2

Find the deals for Inspire 2!