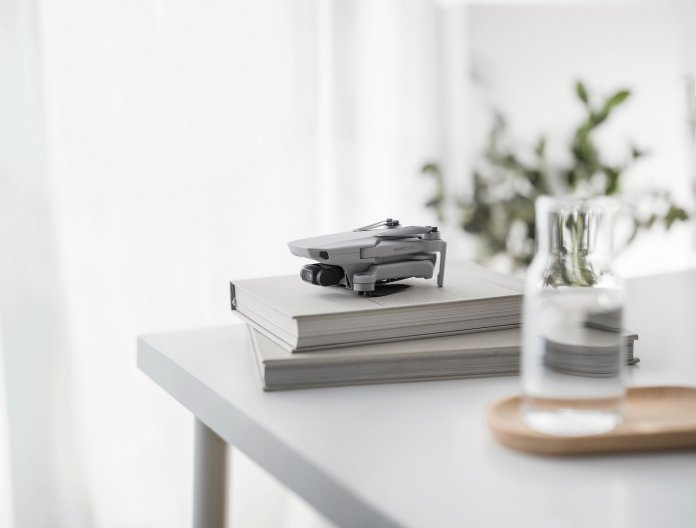 Join us as we take an exclusive look at the technology and research behind Mavic Mini and gain some insights from the R&D team that have been pulling the strings behind the scenes.

Inside the DJI forge of technological innovation, engineers expertly crafted the smallest and lightest drone the company has ever made. Since its launch last year, Mavic Mini has continued to make waves in the drone industry, capturing the attention of tech enthusiasts all across the world. DJI Guides caught up with the engineers behind this project to give our readers insider knowledge about the Everyday FlyCam.

Mavic Mini: Where Did It All Begin?

Back in 2016, aerial photography was continuing to emerge as a new, independent form of photography. Drones were larger and heavier, which naturally created the demand for lighter mini drones that could be easily carried around. Users dreamed about a compact, portable drone that would offer excellent camera performance. We listened to the ideas and suggestions of all those dreamers, and that is how the story began. 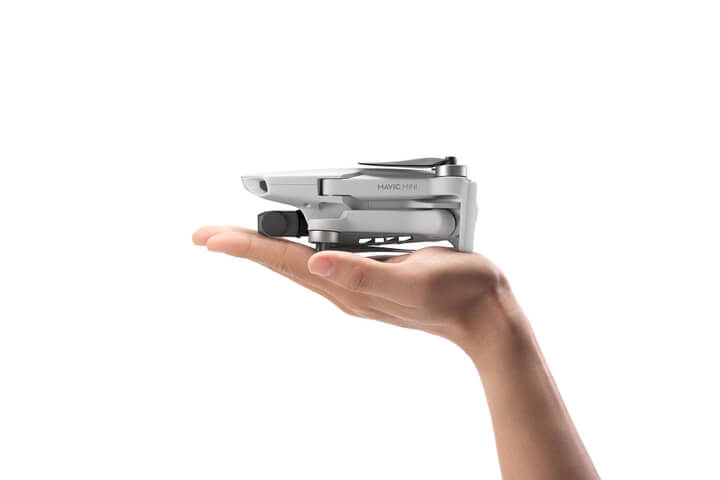 The Evolution of Mini Drones

Reducing the size of a drone is no easy task considering that many components need to be compensated for, which has typically affected the camera performance of mini drones.

With lighter drones, propulsion systems have more work to do to stabilize the drone in strong winds. Previous mini drones on the market have sported shortened propellers, smaller frames, and simple propulsion systems, which affected the flight performance in windy conditions.

In the past, to reduce the weight of drones, GPS and vision sensors were not incorporated into the drone. The requirement for a lightweight drone had simply taken its toll on drone flight performance. Smaller frames meant there was also less space for batteries, which could not support more advanced, powerful propulsion systems. Camera performance was also affected, with many drones on the market supporting average camera sensors and systems in order to satisfy the weight constraints.

Focusing on portability, reliability, and camera performance, our engineers began developing a drone that optimized both performance and a lightweight design.

Mavic Mini is the smallest and lightest drone we have ever made. It also features a powerful 3-axis gimbal camera, a max transmission range up to 4 km, and a max flight time up to 30 min, a leap in performance compared to previous mini drones on the market. 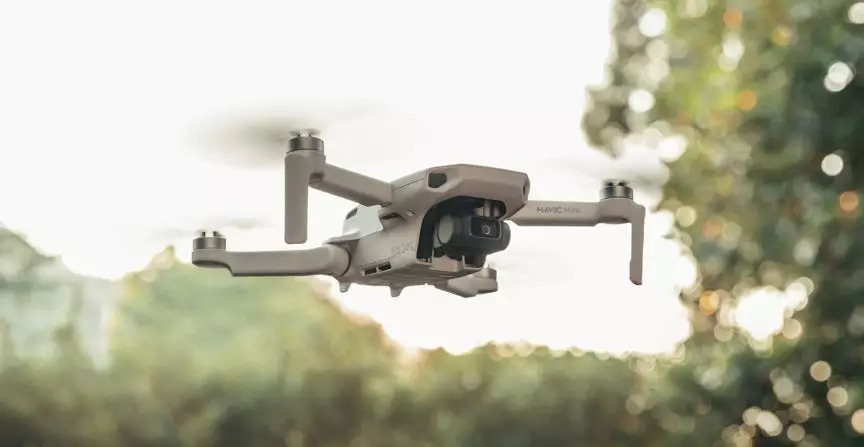 Mavic Mini was the result of years of experience accumulated in the drone industry. We first introduced our patented, foldable design for the Mavic series, and this foldable design became a standout feature for modern-day drones. 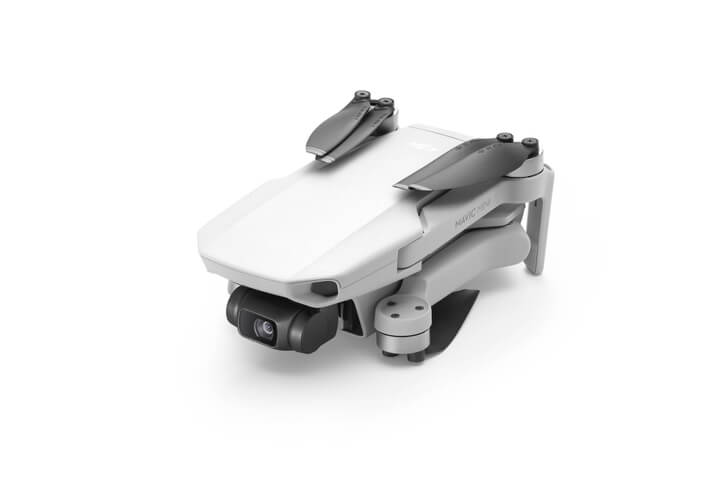 Mavic Mini is smaller than Mavic Air, which means that even after our engineers incorporated the foldable design, a more efficient system had to be built to compensate for a smaller battery and motors. With this in mind, engineers battled on and came up with a plan to improve the thrust weight-ratio, aerial electronic system power, and propulsion system efficiency.

This describes the relationship between the thrust and weight of an aircraft, which is indicative of the aircraft performance. The dimensionless ratio is proportional to the maximum thrust and inversely proportional to the weight. Therefore, in order to increase the wind resistance of Mavic Mini, engineers had to either increase the thrust or reduce the weight. Increasing thrust results in a larger drone form factor, which created the need to come up with innovative ways to reduce drone weight.

This efficacy index determines how effective the drone’s motors and propellers are. In simpler terms, higher efficiency propulsion systems result in less power consumption, which gives a longer flight time. Our engineers created a system that cleverly utilized as much power from the battery and motors while still focusing on high propulsion principles.

So, how exactly did our engineers increase the thrust-weight ratio and reduce the drone weight?

Starting from the design, engineers did everything they could to control the weight of the drone. From utilizing low-density materials to controlling the weight down to a milligram, extensive testing was done to ensure optimum performance.

How light is a milligram? Well, a grain of rice weighs between 5-10 mg, and engineers worked diligently with these incredibly small tolerance measures. When it comes to mass production, we also pushed the limits of drone manufacturing.

To put this all into context, the weight of a microSD card is around 0.25 g, and this was the level of detail that was being implemented. Under rigorous weight control measures, engineers inspected every part of the drone meticulously to ensure they could pull off this truly groundbreaking feat. 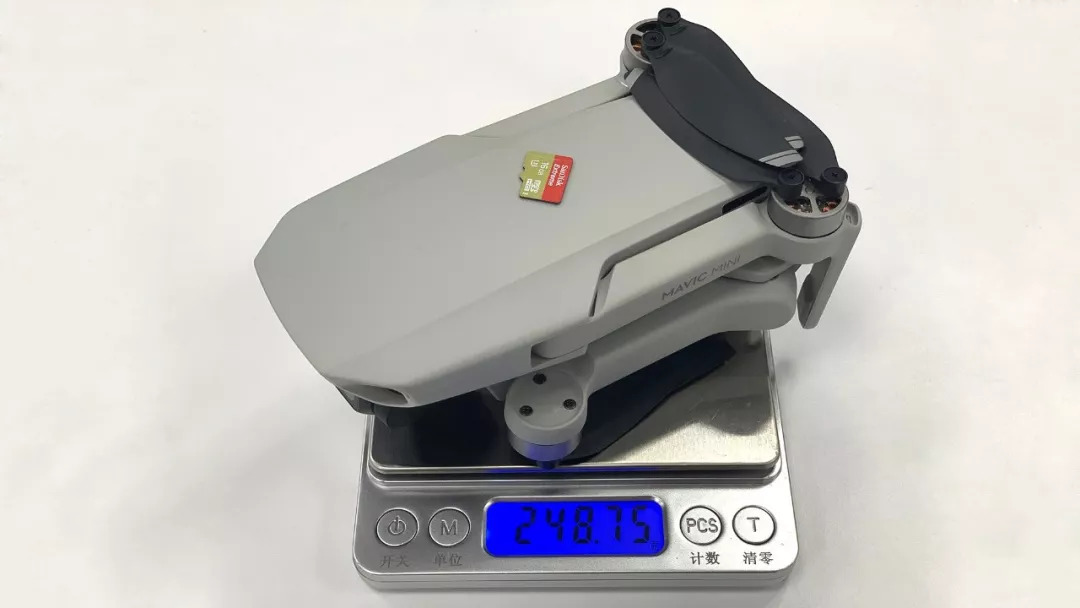 First Fanless Camera Drone DJI Has Ever Made

Mavic Mini is the first fanless camera drone we have ever created, setting a precedent for future mini drones. But why did we opt for a fanless drone?

Considering that a group of drone fans weigh around 10 g, this kind of feature has a huge impact on the weight of the drone. The fanless design reduces power consumption and provides more space for a higher-capacity battery.

However, our engineers soon stumbled upon another challenge. Fans are required for heat dissipation, so how could they cool the drone while still reducing weight? After conducting several aerodynamic tests, engineers redesigned the cooling system and attempted to provide effective heat dissipation from the drone propellers themselves. 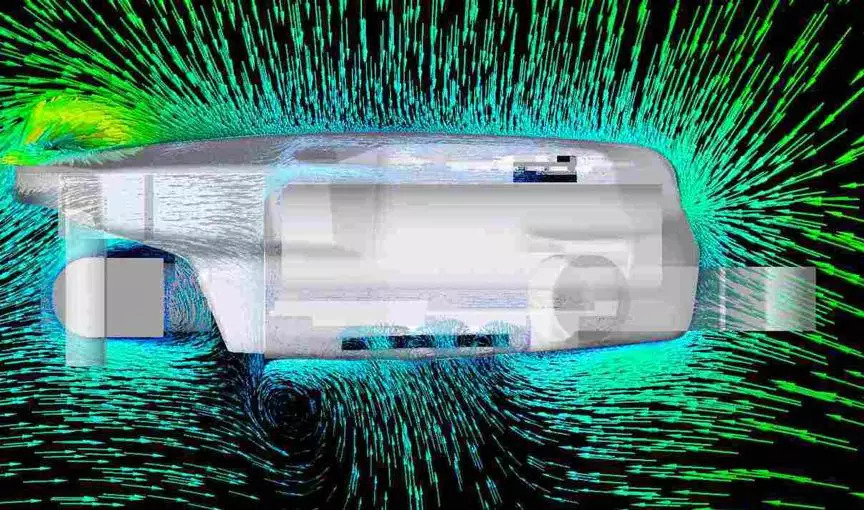 When the drone is hovering, the inverted airflow generated by the propellers is blown to the heat sink at the bottom of the drone. The inlet and outlet air ducts also achieve a cooling effect equivalent to that of a fan. When the aircraft is flying forward, air will be blown into the channels behind the gimbal and dissipate heat together with airflows generated by the propellers. 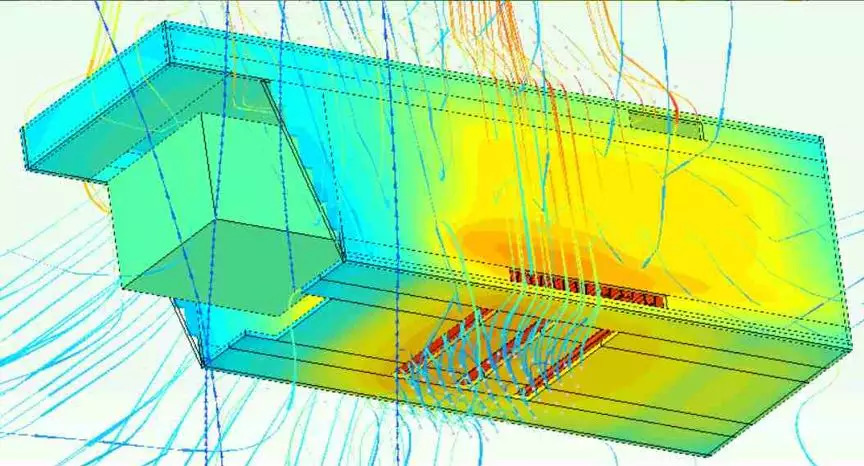 As we fly through the Mavic Mini story, at this stage, engineers had optimized the thrust-weight ratio, propulsion system, electronic system, and created a fanless design. But there were still pieces missing in the puzzle. How could the efficiency of the power system be improved without changing the power consumption?

The answer is quite simple. Propellers not only dissipate heat but can also be aerodynamically optimized to increase flight efficiency. With this in mind, the propellers were redesigned using intelligent optimization tests and algorithms. Aerodynamic engineers carefully crafted a set of optimized propellers that best utilized motor power. 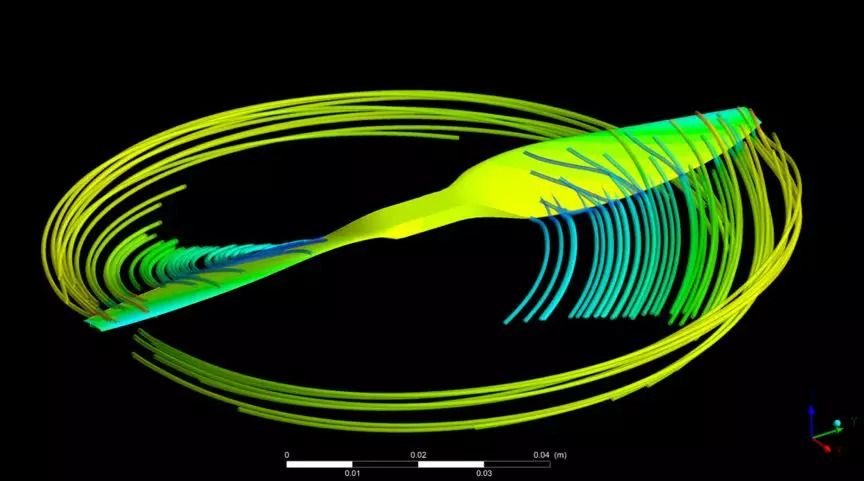 The research continued on with electrical engineers attempting to achieve the ultimate balance between motor power and consumption. The R&D team redesigned the brushless motors, changed the magnetic coil inside, and analyzed power consumption using our thorough motor algorithm. 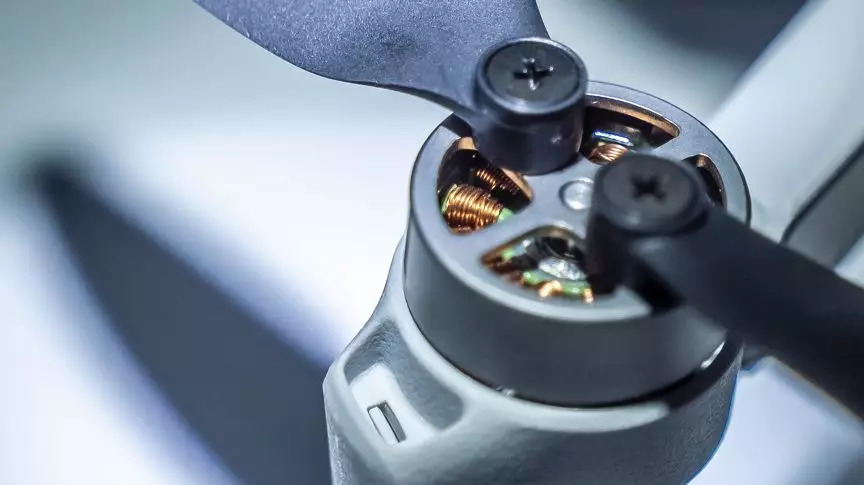 After pioneering research and development, our engineers managed to create a mini drone with a 30-minute battery life while still delivering outstanding video and photo capabilities.

Research Beyond the Lab

The data acquired from the laboratory is just the beginning of the Mavic Mini story. The team brought Mavic Mini out of the lab and tested it in various operating conditions. From 3000 meters above sea level to high-level winds and sub-zero temperatures, Mavic Mini was tested in many types of environments to improve the performance and flight stability.

Mavic Mini is the result of years of research, engineering knowledge, and innovation. In creating Mavic Mini, our engineers combined the needs of the drone market to redefine the possibilities for modern-day drones and everyday flyers. And now, with 2.7K quad HD video, up to 30-mins flight time, and more, the possibilities lay in your hands.

– Mavic Mini FAQ: Everything You Need to Know

– Is Mavic Mini the Perfect Drone for You?

– Mavic Series Comparison: Which Drone Should You Get?