When William Lancaster and Renae Hemsing embarked on a global adventure, they planned to use video as a tool to document both their personal growth and the places they’d see.

They left the western Canadian city of Calgary in early October, heading to London with a Sony Alpha A6000 and some plans to document their voyage. Part of the idea was to push themselves beyond their comfort zone, and to broaden their horizons. They created a YouTube channel, LifeGains, as one of several social media platforms to share their adventures and growth. 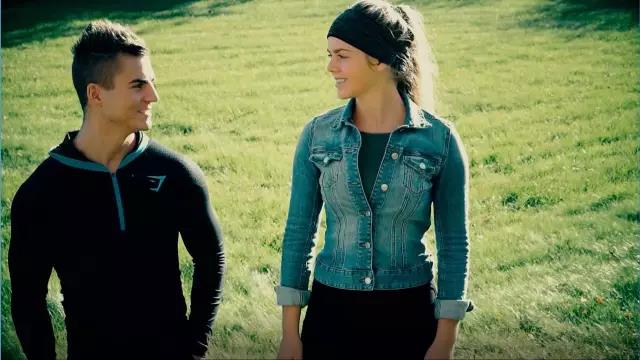 “I am pretty shy and introverted,” explained Renae, 23, in a Google Hangout chat from Thailand on Christmas Day. She and partner William (a software engineering contractor) had just completed a jungle trek and were relaxing by the beach. “Living in Calgary it’s really easy just to go with the flow and just stay in your bubble. But travel would force me to meet new people and just force me out of that comfort zone and just interact with people in different ways – so that was the biggest thing for me.”

The couple, who’d been dating a little more than three years (and who are both incredibly fit), started off by flying to the UK, with no concrete plans from there other than to go with the flow.

“I don’t think we really had a hostel or anything really booked (beyond London),” says Renae. “So that unknown factor made everything very exciting and also nerve-wracking at the same time.”

It wasn’t long before they were on the move, travelling (in order) to: 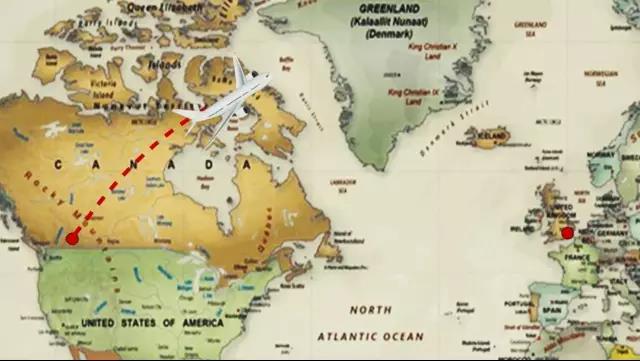 The talk of purchasing a camera with gimbal technology came up early in the trip. While the A6000 (which Sony has since upgraded with the A6300 and now the new A6500) is an awesome camera with tremendous video capabilities, it’s impossible to achieve the same smoothness one can achieve with a gimbal. And so they started looking.

“I always had the desire to create nice flowing smooth shots,” says William, 25. He found that was tricky with the Sony, because he was relying on holding it steady by hand in combination with digital stabilization. The Osmo Mobile didn’t land on their radar until the YouTube videos really wowed them. They picked up the unit as they were headed to Prague in the Czech Republic – a city many argue is one of the most beautiful in all of Europe. It was about a month into their trip. Once they picked up the Osmo and tried it with their phone (initially a Samsung Galaxy S5), they were stunned by both the quality and sheer liquidity of the shots. 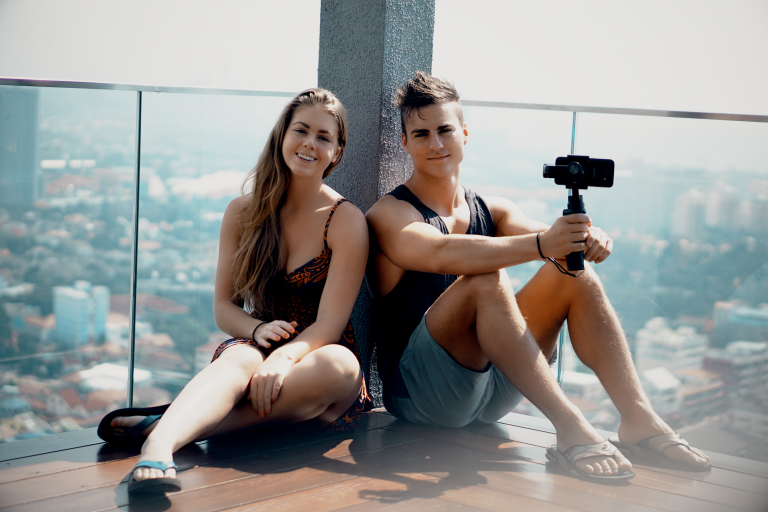 And so they started a series of “Running Through ____” videos. William says there’s a real art to learning to operate a gimbal well, and he’s still learning. But, judging by the look of Running Through Athens, he’s a fast learner:

“To be honest, I still can’t help but just go and show everybody that we meet while travelling how this thing works,” he says. “I wouldn’t really say that gimbals are particularly well-known at this point by the general population. And so I get to consistently just be blowing people’s minds as well by how cool I can make footage look by the help of a pretty small tool.”

Plus, the reality is that the $299 US Osmo Mobile doesn’t rely on purchasing a new or expensive camera. It uses the same camera they, you – and hundreds of millions of other people – already have: A smart phone.

“The Osmo allows us to make incredibly cinematic footage with a phone,” says Renae. And that’s not all. It’s a system that gets better, theoretically, anytime you get a newer phone with a better camera. That feature was not lost on Renae. 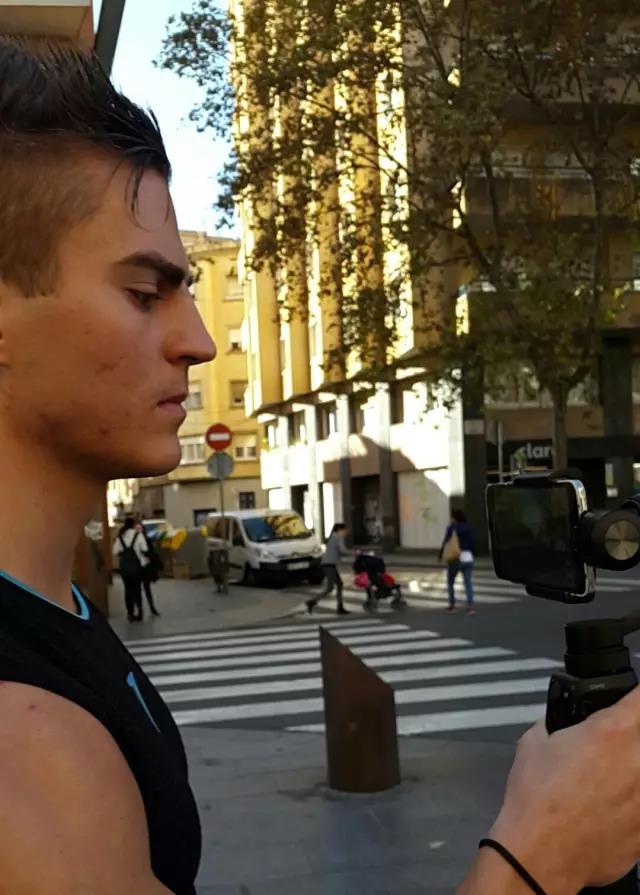 “The fact we can upgrade our phones is pretty awesome,” she says.

In fact, they did precisely that while on the trip. They moved up to a Galaxy S7, which has better low-light performance and 60 frames per second. That helps for smoothness, and when they want to speed ramp their videos.

Speaking of which, where did they pick up their chops? You can see improvements in the shooting and editing styles in pretty much every subsequent video they produced on their travels. At the outset of their trip, they admitted neither of them were particularly skilled in these areas.

“I think the way that we learned was the way that people should be learning these days, which is just to shoot videos,” says William. “We had an idea of what we wanted to do, and then we just looked up YouTube tutorials about how to accomplish that technically. Additionally, if there was ever a lapse in creativity, say – ‘Hey what should we do that would look very cool?’ We could also just look at very stylized YouTube channels as well.”

There’s a pretty cool twist in their story. A guest at one of the hostels told them about a guy who’d been travelling across Southeast Asia basically for free. He would make promotional drone videos of hostels – and exchange those videos for a room. While staying at a hostel in Israel, they decided to try the same approach. 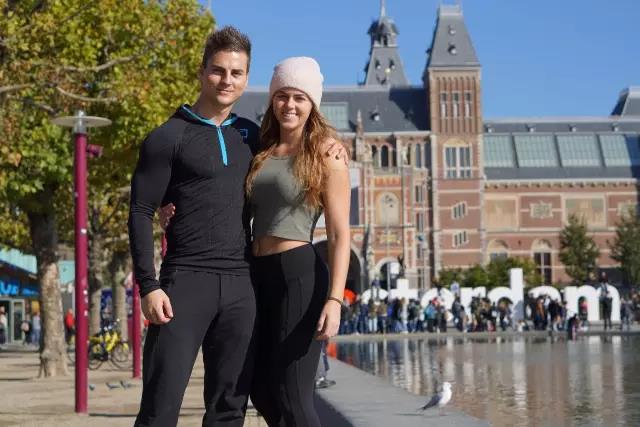 “Right as we were leaving Israel, we filmed a promotional video at one of the hostels,” says William. “Basically this is a promotional video – and because of that we were able to stay for half a week in a private room, as well as get a free four-course very luxurious meal in Israel.”

“Since then we’ve actually been contacted by several owners in the Israel hostel network and their friends…And the reason…was because of the ridiculously smooth footage of the Osmo Mobile.”

Of the Osmo’s many features, they particularly liked the motion time-lapse option – something that would require far more expensive and bulky gear with a separate camera. In fact, they like this whole democratization of what was previously high-end technology.

“I’m just really excited to see what people will start doing, now that gimbals have become more of a consumer-grade item,” says William. The Osmo Mobile, he says, has been able to “lower the barrier to entry for creating great-looking content…And I’m excited to see what humans will come up with, not just a few well-funded humans.”

How is the Osmo+ Different From the Original Osmo?